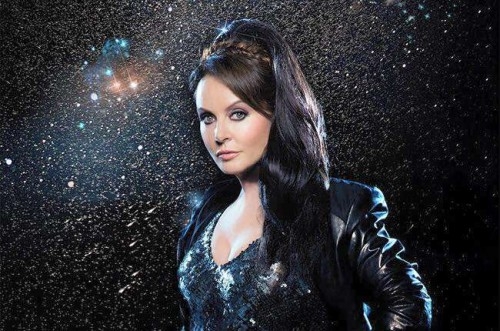 British singer Sarah Brightman has for now dropped her plans to travel to the International Space Station (ISS) as a space tourist, according to a media report.

Brightman was to travel to the ISS aboard a Russian Souyz TMA-18M spacecraft scheduled to blast off on September 1,tponed the plan. The Soyuz now will carry only two passengers, a source from the Russian space industry told TASS news agency.

Her seat may remain vacant “as it is difficult to find and train another person for such a mission three months ahead of the flight”, the source said on Wednesday.

Her backup astronaut, Japanese national Satoshi Takamatsu, has paid only for pre-flight training at the Cosmonaut Training Centre near here and will hardly pay more than $50 million for a 10-day space flight.

The source did not rule out that a Russian cosmonaut could fly in place of a space tourist. But a short-term flight would hardly be readjusted into a half-year mission, he noted.

He explained that Brightman was postponing her space trip because she had failed to raise enough finance through charity funds.

If her plans were realised, Brightman would become the eighth space tourist in history.

Brightman’s website said on Wednesday: “Sarah Brightman announced today that she is postponing her plans to launch aboard the upcoming Soyuz TMA-18M spaceflight mission.”

“Ms. Brightman said that for personal family reasons her intentions have had to change and she is postponing her cosmonaut training and flight plans at this time,” it said.

“She would like to express her extreme gratitude to (Russian Federal Space Agency) Roscosmos, Energia, GCTC (Gagarin Cosmonaut Training Center), Star City, NASA and all the cosmonauts and astronauts, for their support during this exciting time in her life,” the statement said.