British trade unions have made a major step in agreeing to consider electoral reform, just two days after the election of Jeremy Corbyn as the new Labour leader….reports Asian Lite News 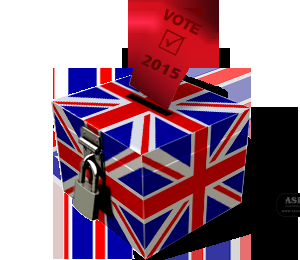 The move adds to calls for Labour and other parties to support a more proportional voting system, in line with most modern democracies, after what the ERS called the ‘most disproportionate election in British history’ in May.

The Conference observed that a Conservative majority government was elected with the support of just 24 per cent of the electorate. The outcome of the 2015 election in terms of the share of parliamentary seats, in comparison to the votes received by the participating parties, indicates that the British electoral system is no longer fit for purpose.

Britain is one of the few countries in the world that uses such an un-proportional electoral system.

A referendum on the move in 2011 forwarded by then deputy prime minister Nick Clegg was rejected. 19.1m people voted in the second UK-wide referendum in history – a higher than expected turnout of 41%. The results put the Yes vote at 32.1% and the No vote at 67.9%.

Katie Ghose, Chief Executive of the Electoral Reform Society, said: “It’s a fantastic and significant shift that the TUC will now consider backing a fairer voting system for elections in the UK. This is a huge step forward in the campaign for electoral reform, particularly given that it comes just two days after the election of a new Labour leader. First Past the Post is completely broken, and it’s time for parties to follow the TUC’s lead and urgently think about the need for change.

“Unions getting behind change was a key factor in New Zealand’s shift to Proportional Representation in the 1990s, so this could be the start of a major move away from our out-dated voting system for local and Westminster elections in the UK. We hope that the Labour Party under new leadership will take note of today’s vote and get behind real reform so that seats will truly match votes in future elections.”

Mark Serwotka, General Secretary of the PCS union, said: “Far too many voices are shut out by our voting system. First Past the Post writes off those who aren’t in swing seats, leaving millions on the electoral scrapheap.

“We urgently need a fairer voting system where everyone’s vote counts and so that the political diversity which now exists in the UK can be reflected in Parliament and in council chambers across the country. Today’s vote is a crucial and welcome step and we look forward to seeing the recommendations and then campaigning to make progress on proportional representation a reality.”

“Westminster is not just out of touch with the rest of the world but also with the proportional electoral systems used in the Scottish Parliament, Welsh Assembly, European elections and for the London Assembly. First-past-the post (FPTP) has passed its sell-by date. We no longer have two party politics in which those two parties secure 90 per cent of the votes on an 80 per cent turnout. Now, they struggle to get two-thirds of the vote on a 66 per cent turnout. Under FPTP, parties take their core vote for granted and chase swing voters in marginals, narrowing the political debate,” the Congress observed.