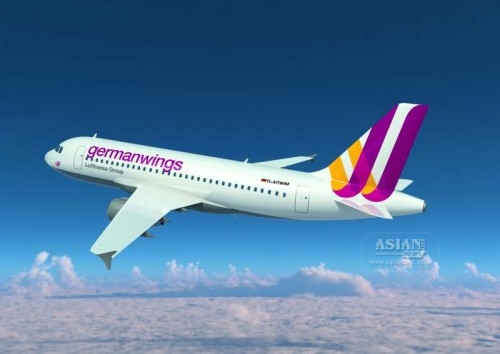 The father of a British man who was aboard the ill-fated Germanwings flight that crashed en route from Barcelona to Dusseldorf, has urged the airlines to look after their pilots “properly”.

Philip Bramley, whose son Paul, 28, was among 150 people killed when the Germanwings Airbus A320 crashed in Alpes-de-Haute-Provence in the French Alps, said the victims should “not be forgotten”, BBC reported .

Bramley, whose son was studying hotel management in Lucerne, Switzerland, called for airlines to be more transparent, saying pilots should be “looked after properly”.

“We put our lives and our children’s lives in their hands,” he said.

Reading a statement from the French town of Seynes-les-Alpes, close to the crash site, he said what had happened on the day of the tragedy was the act of a “person who at the very least was ill”.

But he said the motive or reason for the crash “was not relevant”.

The British Foreign Office has said at least three Britons are known to have died in the crash.

Martyn Matthews, 50, from Wolverhampton, was among the victims, as was seven-month-old Julian Pracz-Bandres and his Spanish-born mother Marina Bandres Lopez-Belio, from Manchester.

According to investigation reports, the flight’s co-pilot, Andreas Lubitz, is thought to have deliberately crashed the aircraft.

A former girlfriend of Lubitz told Germany’s Bild newspaper that he had vowed to “do something” history would remember him by.

He had hidden a sick note declaring him unfit to work on the day of the disaster, before boarding the flight and piloting it into a mountain.