A change to the fox hunting law is expected to give fox hunters much greater freedom…reports Asian Lite. 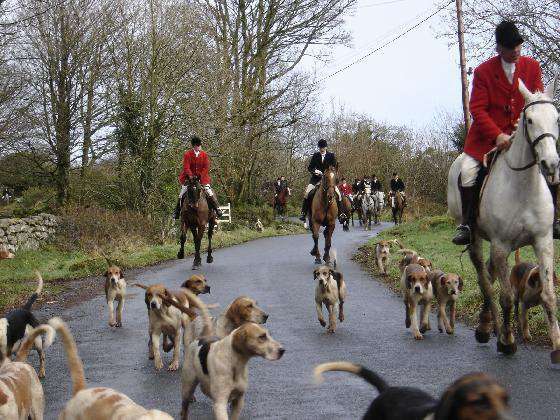 Facts indicate that there is still not enough support for a complete repeal of the hunting ban. But if media and other reports have to be believed then key changes to the ban on hunting are expected to be made soon that will allow hunts to use a full pack of hounds to flush out foxes which can then be shot. It will become legal for hounds to kill any injured or diseased foxes, reports Leicester Mercury.

Joe Cowen, chairman of the Fernie Hunt, told Leicester Mercury: “Most of us in the hunting community are disappointed the Hunting Act will not be repealed, which is what we’ve campaigned for these last 10 years.

“But this change will make things much more sensible and we won’t be forever looking over our shoulders to see if illegalities are taking place.

“We will be allowed to use a full pack of hounds to flush foxes to someone with a gun who will attempt to shoot the fox.

“If we find wounded or diseased animals they can be pursued in the natural way.

“Underground terrier work to remove foxes to protect livestock will also be allowed and all these things are what farmers have been asking for.

“It will allow the fox population to be controlled to some degree and bring some balance back to nature.”

The move has been attacked by anti-hunt campaigners.

According to Robbie Marsland, director of the League Against Cruel Sports, “By amending the Hunting Act like this, the government are deliberately and cynically making it easier for hunts to chase and kill foxes and harder for them to be convicted when they break the law.

“This change will mean bringing back hunting, as simple as that.”