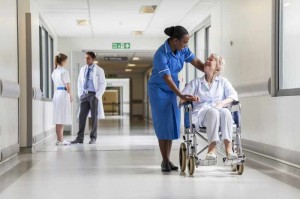 The health service plans to “clamp down on some of the staffing agencies ripping off the NHS”, the chief executive of NHS England has said.

But he told BBC One’s Andrew Marr Show that the NHS would be taking action against staffing agencies.

He said: “What we’ve got to do is convert that [agency] spending into good, paying permanent jobs.”

Mr Stevens drew attention to a recent regulator’s report, which showed that NHS foundation trusts in England spent £1.8bn in 2014 on agency and contract staff – more than twice the planned amount reports BBC.

He said the rise was partly due to hospitals putting more nurses on wards, following the public inquiry into the Stafford Hospital scandal.

Though he admitted it was “very hard” for individual hospitals to take action against agencies, he said “collectively the NHS can take action here and we will be doing that”.

Dr Peter Carter, chief executive of the Royal College of Nursing (RCN), told the BBC that Mr Stevens was “spot on”, arguing that agencies are currently charging “top dollar”.

He said: “The reality is that because of very poor workforce planning and because of cuts, particularly in the number of new student nurses taken on, the NHS is now playing catch-up and to fill that vacuum agencies have stepped in.”

But the managing director of the agency Nursdoc Recruitment, Robert Stiff, claimed agency staff can save the NHS money.

He said: “The demand on the NHS is not consistent, it does go through peaks and troughs. And having an agency to provide services at the last minute allows the NHS in a way to save money, because they don’t need to have full resourcing on their wards all the time.”