BBC Asian Network are celebrating 50 years of Asian programmes on the BBC with a special comedy night in Birmingham on Friday 11 December, and they’re giving local audiences an opportunity to be part of the fun….reports Asian Lite News 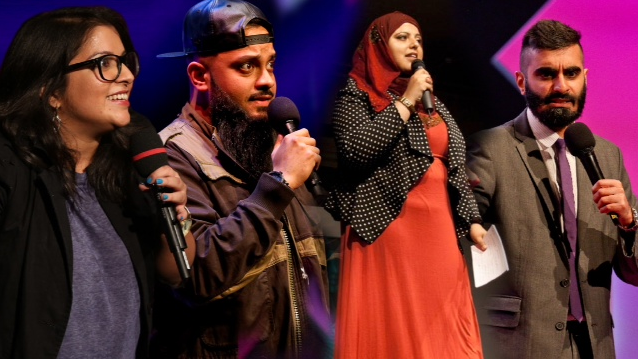 The unique evening, held at The Drum in Aston, will be hosted by the station’s Breakfast Show presenter, Tommy Sandhu, and very own funny man, Guz Khan, with journalist/comedian Shaista Aziz, India’s Aditi Mittal and newcomer Tez Ilyas taking the comedy reins on the night.

The night will see the comedy acts put their own twist on scenes from memorable TV programmes and radio shows from the past five decades.

From learning simple tasks such as how to switch on a light to re-creating the first ever Bollywood quiz show, the acts take the audience them on a personal journey through the incredible BBC archive in the home of BAME broadcasting, Birmingham.

The audience will also be taken back in time musically with special performances from ‘Boom Shak-a-Lak’ star Apache Indian and Bhangra legends DCS.

Guz, who joins the BBC Asian Network next week (28 November) with a brand new Saturday morning show from 6am-10am, said he’s delighted to be part of the special night.

“I started out this year doing stand-up for BBC Asian Network’s Comic Relief night, now I’m getting ready to present my own show. It’s been an incredible year and I’m very excited to close the year by being a part of this special celebration of Asian programmes.”

Mark Strippel, Head of Programmes at the BBC Asian Network, said: “We’re very excited to be bringing this special night home to Birmingham. We owe so much to this great city, it’s not only where the BBC Asian Network started but also where Asian TV programmes for the BBC were first made in the 1960s, so it’s only right that we mark this milestone here.”

Details of how to register for tickets for the event are now live via the BBC Shows and Tours website:http://www.bbc.co.uk/showsandtours/shows/asian_network_comedy_11dec15