Official figures reveal that there were more than five million incidents of fraud in England and Wales in the last year. Asian Lite reports 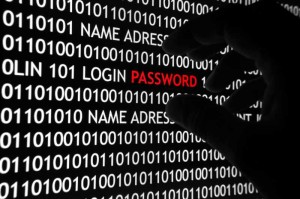 The Office for National Statistics has published an estimate of fraud for the first time, based on its Crime Survey.

There were also 2.5 million cyber crime offences, such as computer hacking, the ONS estimated.

The Crime Survey indicated an 8% fall in crimes it covers. Separate data, based on reports to police, shows an overall rise in offending of 5%.

The police figures suggest a 25% increase in violence, with murders at their highest level for four years.

In the 12 months to the end of June there were 569 homicides, up 44 on the same period the year before.

Just over half of the 5.1 million frauds under the Crime Survey data involved some financial loss, the ONS said.

Where losses were reported, 78% got some form of compensation, with 62% reimbursed in full.

Frauds included card fraud and frauds committed over the phone and online. The fraud data was based on a sample of 2,000 people.

An ONS spokesman told BBC news that : “Although we estimate that there were more than seven million fraud and computer misuse incidents in the past year, this does not necessarily imply a recent rise in crime as the new measures bring into scope a large volume of offences not previously included in the Crime Survey.”

He added: “These new estimates should be seen in the context of a reduction over the past 20 years in the more traditional forms of crime, from 19 million incidents a year in 1995 to under seven million a year today.”

The most common cyber crimes – committed under the Computer Misuse Act – were those where a victim’s device was infected by a virus.

Overall, the Crime Survey estimated 6.5 million offences had taken place in England and Wales – down 8% from last year.

That figure does not include the fraud and cyber crime estimates.

And he said the rise in violent and sexual crimes being reported was due to changes in how offences were recorded.

“Crime is falling and it is also changing, and we are committed to tackling fraud and cyber crime,” he added.

A spokesman for the National Police Chief’s Council said the fall in crime estimated by the Crime Survey figures was “encouraging”.

Meanwhile, the increase in crime reported to police, he said, “reflects the efforts being made by forces to improve consistency in crime recording”.

He told BBC news that : “There is still a gap in what the public are experiencing and what is being reported to the police. However, it is extremely encouraging that the gap between the CSEW public survey and the recording of crime by the police continues to narrow.”