Heavy rain has brought more flooding and misery to the Cumbrian village of Glenridding, just four days after it was devastated by Storm Desmond 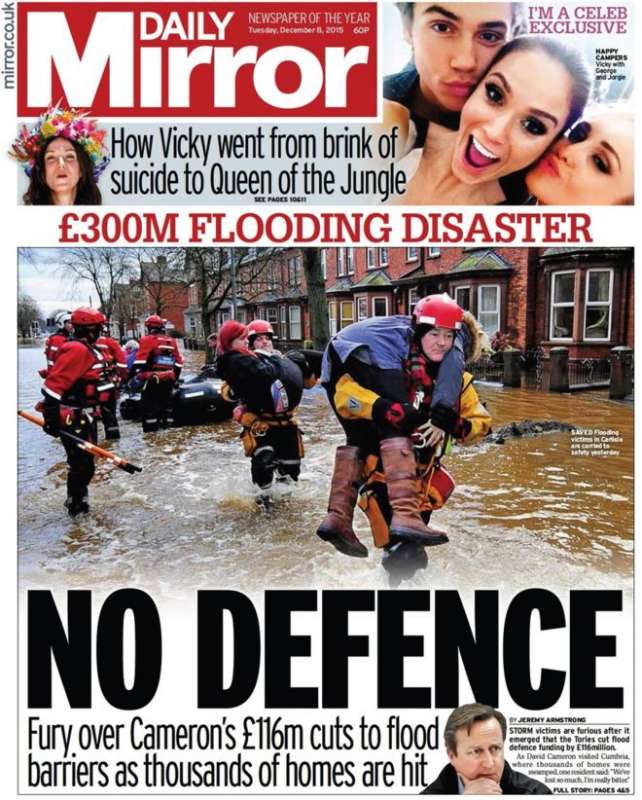 Police, fire crews and mountain rescue teams spent the night at the scene after the river burst its banks, BBC reported.

Residents are being told to remain vigilant as more rain is forecast, bringing the potential for further disruption across Cumbria, parts of Lancashire and areas of North Yorkshire.

Diggers were deployed throughout the night to try to stem the swollen waters. Cumbria Police has advised villagers to remain in their properties, even as the flood water begins to recede.

It also called for members of the public wanting to offer their help to stay away.

In a statement issued early on Thursday, the force said: “We want to thank the public for their offers of help and outpouring of support for the residents of the village.

“However, the emergency services and partners main concern is the safety of members of the public and we do not want people putting themselves at unnecessary risk.

“We want to reiterate the message that although the flood water is starting to recede, it is still extremely dangerous and would ask any members of the public not to walk or travel through any flood water.”

Figures from a rain gauge at Honister in the Lake District showed a UK record 341mm of rain fell in 24 hours at the weekend.

The average rainfall in Cumbria for December is 146.1mm, according to the Met Office.