A woman suicide bomber blew herself up and another terrorist was fatally shot by a sniper as police raided an apartment in a suburb here to catch the mastermind of the horrific Paris attack….reports Asian Lite News 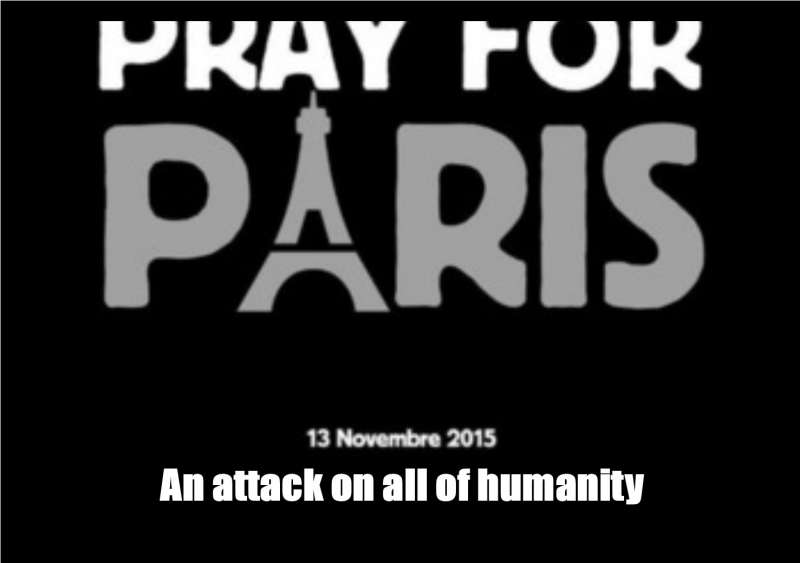 As many as seven deafening blasts shook Saint Denis as heavy gunfire broke out at about 4.30 a.m. Truckloads of armed policemen swarmed the area where terrorists were said to be holed up in an apartment.

One of the suspects was shot by a police sniper, while the second, a woman, blew herself up at start of the operation, Al Jazeera quoted Paris’ prosecutor Francois Molins as saying. An earlier report said that three were killed.

Key suspect Abdelhamid Abaaoud, a 27-year-old Belgian of Moroccan origin, the alleged mastermind of the Islamic State-claimed attacks that killed 129 people and injured over 350, is the target of the ongoing police operation.

It is not yet clear if Abaaoud had been killed or arrested. Another suspect, Salah Abdeslam, was also said to be a target in the raid.

An unrelated video splashed across media showed six bodies tied at the end of Abaaoud’s truck and being dragged across a farm.

MailOnline reported that the woman suicide bomber may be Abaaoud’s bride. She fired her AK-47 at police before blowing herself up. A police dog was killed in the suicide bombing.

The police siege continued for over five hours. Roads were blocked off around Rue de la Republique in Saint Denis.

Christian, a resident of Saint Denis’ rue de la RÃ©publique, told local French channel BFMTV that there was noise of gunfire. Later blasts smashed the windows in the flat and a mattress was flung out of the window, The Telegraph reported.

“I’ve been hearing gunshots continuously, like fireworks… There have been some breaks but… to me it sounds like continuous gunshots,” another resident, Benson Hoi, told the BBC.

At least five people were believed to have been in the targeted third floor flat, reported BBC citing French media.

Three men holed up inside the apartment were arrested, while a man and woman were arrested near the location of the raid, Molins said in a statement.

“The operation is still under way. It’s not over,” local member of parliament Mathieu Hanotin said on France Inter radio.

Witnesses told MailOnline there have been periods of intense machine gunfire and at least seven large explosions, caused by the suicide bomber and possibly hand grenades.

As the gunbattle raged in Paris, two Air France flights headed from the US to France were diverted due to bomb scare. Both flights landed safely on Tuesday night, the media reported.

Also, a football match between Germany and the Netherlands was cancelled in Hannover in Germany on Tuesday evening after a threat of attacks involving explosives was received. However no explosives were found, a minister said.