In the predominantly Muslim majority Kashmir Valley, suicide is not only a social and moral taboo, it is an unpardonable religious sin. But the teen suicides are on the rise in Kashmir….writes Shamshad Ali 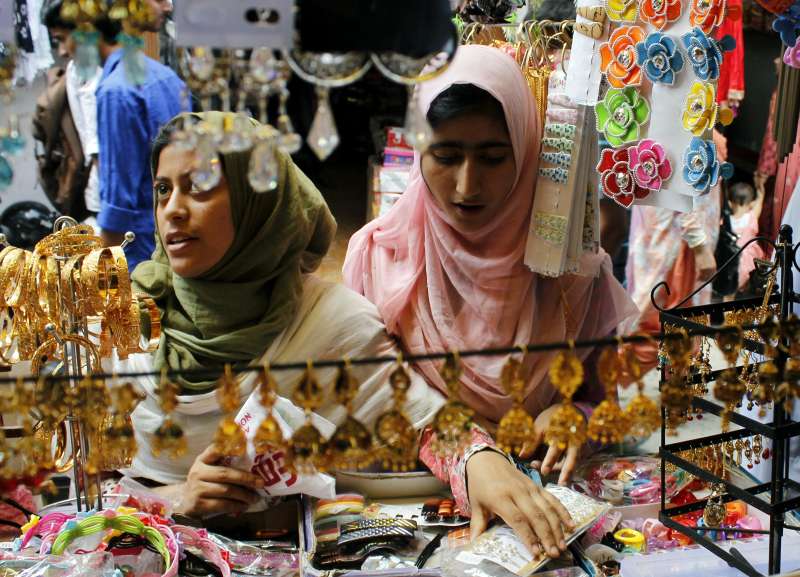 After her wake-up knocks at Mohsin’s (name changed) door in the morning got no response, the worried mother called her husband. The door, locked from inside, was then broken open and the 19-year-old was found dead in the room.

The autopsy showed Mohsin had chosen the easy way out of a frustrating life he could not handle due to depression – he had committed suicide. An empty bottle of sleeping pills and strips of anti-depressant drugs found in the room proved that Mohsin had for long been suffering from a mental condition that he could neither reveal nor handle.

Mohsin was not the first and, unfortunately perhaps, not the last Kashmiri teen to end his life in a way that shatters his parents’ dreams about their children and also ends what should be otherwise joyful lives and futures of teens. More than 300,000 youths with degrees in medicine, engineering and other professions are unemployed in Kashmir.

In the predominantly Muslim majority Kashmir Valley, suicide is not only a social and moral taboo, it is an unpardonable religious sin. Muslims are forbidden from offering the funeral prayers of anybody who ends his life by committing suicide.

Ironically, because of this social, moral and religious stigma, not many people driven to the wall by depression are able to either disclose their mental condition to the family or seek psychiatric help.

According to Dr. Akash, a psychiatrist, teenagers living in the Valley are more susceptible to psychiatric problems than those living in other parts of the state – because of the pressures under which they live.

“We are living in a conflict environment and here the pressures are multi-faceted – failure in examinations, unsuccessful love affairs, unhappy married and family life, frustration because of unemployment – but a special reason for suicide in Kashmir is the uncertain political situation,” said Akash.

“In such uncertain conditions, healthy psychological and mental growth is not possible and people resort to an extreme act like suicide to get away from this scenario” he added.

Jammu and Kashmir has seen a bruising Islamist militancy since 1989 that has claimed over 70,000 lives, the majority of them civilians.

“Suicidal tendency is an ailment and it should be treated as such, but in Kashmir it is a very complex phenomenon; seemingly happy youths may be a total wreck from the inside, our social structure is such that it inhibits us from expressing our feelings to our elders and this has disastrous results on the psyche of a person, especially the youth and ultimately lead to suicides” Akash observed.

According to sociologists, the shift from the joint family to the nuclear family system is another major reason for youth suicides in the Valley.

“We have become disconnected. Today, parents don’t have enough time for their children, they buy them expensive electronic gadgets and motor vehicles but don’t spend enough time with them or listen to their problems and concerns,” said a local sociologist.

“In a joint family, we had elders who would counsel children and act as role models for them, but that trend has declined drastically and teens in a small family feel alone as there is nobody who would listen to their problems or cater to their spiritual needs,” he added.

A sociological survey has shown that among those who committed suicide, most were between 17 and 26 years of age and sadly enough, as many as 62 percent of them were women and girls.

The surveys revealed many of the young boys and girls who had committed suicide had crossed the their marriageable age while their parents found it difficult to arrange matches for them. This has stressed girls more than boys among the lot that took the extreme step.

More than 300,000 youths with degrees in medicine, engineering and other professions are unemployed in Kashmir.

According to a survey, the incidents of suicide were almost negligible before the advent of the militancy, but over the years, because of the lingering violence, Kashmiris have become victims of post-traumatic stress
disorders.

This is evident from the number of patients registered in the state’s sole mental healthcare facility, where about 150,000 patients are registered as of December 2014 – compared to a meagre 1,200 in the late 1980s.

A majority of doctors believe the number of those suffering from such mental ailments could be much higher but aren’t on the records as a majority of people do not go to a hospital for treatment for varied reasons.

The survey also indicated that 77.4 percent of those attempting suicide were women. Of them, 11 percent opted to end their lives during pregnancy.

The ratio of suicide in rural and urban areas, as per the survey is 85:15. The proportion of illiterate and literate victims is 40:60 respectively. Alarmingly, 76.92 percent of people committing suicide were in the 16-25 age bracket.