BASS 15 – CELEBRATING THE ICONS OF BLACK & ASIAN MUSIC AND ART

As part of Punch Records annual festival, BASS 15 brings you Desi Dikhana presenting the classic 2002 film Bend it like Beckham. Celebrating the contribution of British art and film, Desi Dikhana will be showcasing the mirch masala of all British Asian films; Bend It Like Beckham. 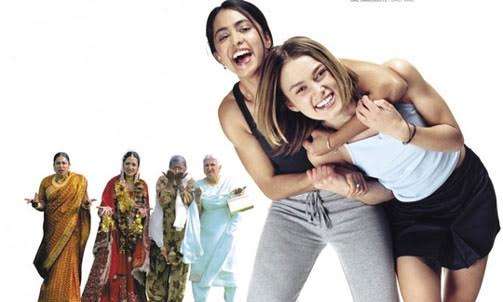 Punch is one of the UK’s leading music and arts development agencies. It develops and tours music and arts projects, runs the annual BASS festival, and delivers education, training and outreach work.

Bend it like Beckham directed by Gurinder Chadha defines the era of girl power, young love and humour portraying the British-Asian community. The British Asian feel good movie became a world-wide hit and is now touring in the West End.

In partnership with UK Premier PR and Marketing, BASS 15 will be unveiling a special edition Q&A prior to the feature film. The Q&A will be a unique chance to hear from a highly acclaimed panel.

BASS 15 celebrates its tenth anniversary with 10 special events taking place in Birmingham and beyond. Now taking place for the first time in October, this year’s theme ICONS pays homage to Black and Asian music and art legends, past and present and will bring you unforgettable music experiences featuring specially commissioned new work.