The government’s new immigration cap for non-EU skilled workers has been hit for the first time, blocking the arrival of some nurses, doctors and teachers. 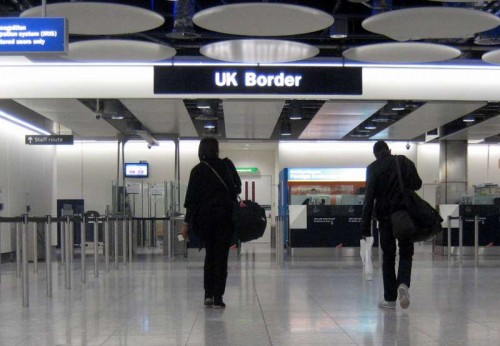 The cap, which applies to posts earning above £20,800, is a measure introduced under the coalition government in 2011.

The Home Office has confirmed that the monthly allocation of so-called “Tier 2” visas has been filled for June reported BBC.

There were 1,650 allocations for June, but the Home Office will not confirm how many applications it received.

The BBC understands that as well as nurses, doctors and teachers other visas refused were applications to bring in accountants, solicitors and management consultants.

Under the Tier 2 scheme, there are 20,700 posts available a year to employers who want to recruit a non-EU skilled worker.

Applicants have more chance of success if the company is trying to fill a post on a national list of shortage occupations. None of the visas refused this month under the cap relates to a job on that list.

Prime Minister David Cameron announced plans to make it harder to bring in skilled staff from outside the EU, saying, it was too easy for some businesses to employ these workers, rather than train British employees.

Immigration Minister James Brokenshire said there were no plans to change the current Tier 2 limit – and the independent Migration Advisory Committee would be advising on further reducing economic migration from outside the EU.

“Our reforms will ensure that businesses are able to attract the skilled migrants they need,” he said. “But we also want them to get far better at recruiting and training UK workers first.”

But some business representatives predicted that enforcing the cap would be damaging.