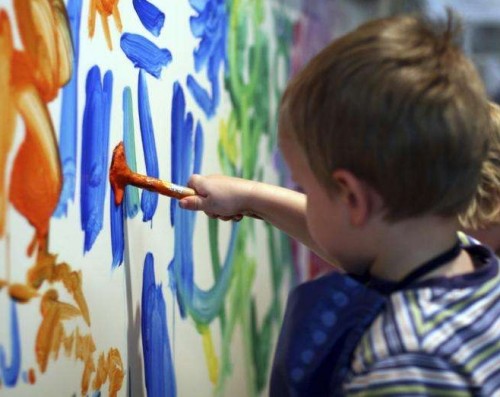 New trials of a scheme to double free childcare for working parents in England are to be brought forward a year to September 2016 will be announced by Prime Minister David Cameron.

Parents in some areas will be entitled to the extra childcare earlier as pilot schemes are rolled out.

The Pre-School Learning Alliance is warning that the system faces “meltdown” if the government does not raise the amount it pays providers.

But ministers say they are committed to increasing funding reports BBC.

Currently, all three and four-year olds in England are entitled to 570 hours of free early education or childcare a year, which works out as 15 hours each week for 38 weeks of the year.

The Childcare Bill, announced in last week’s Queen’s Speech, would double this for working parents – although it is not clear yet how many hours they will have to work in order to qualify.

Speaking ahead of his announcement, David Cameron said the government was “pressing ahead with these reforms so that not a moment is lost in getting on with the task, going further than ever before to help with childcare costs”.

But the Pre-School Learning Alliance says the government grant to childcare providers for the existing 15 hours falls, on average, 20% short of the true cost – and the 30-hour plan will see many groups struggling.

Research for the alliance suggests private, voluntary and independent groups, which provide 60% of childcare places, could lose up to £661 a year for every three and four-year-old in the scheme, if the plan goes ahead at current rates.

The calculations, by specialist research group CEEDA, suggest the total cost to the sector will be approximately £1.95bn per year but funding at current rates totals £1.7bn, a potential shortfall of £250m.

The alliance, which represents 14,000 private, voluntary and independent groups, said many groups were already having to charge parents extra for hours of childcare not included in the scheme, to make ends meet.