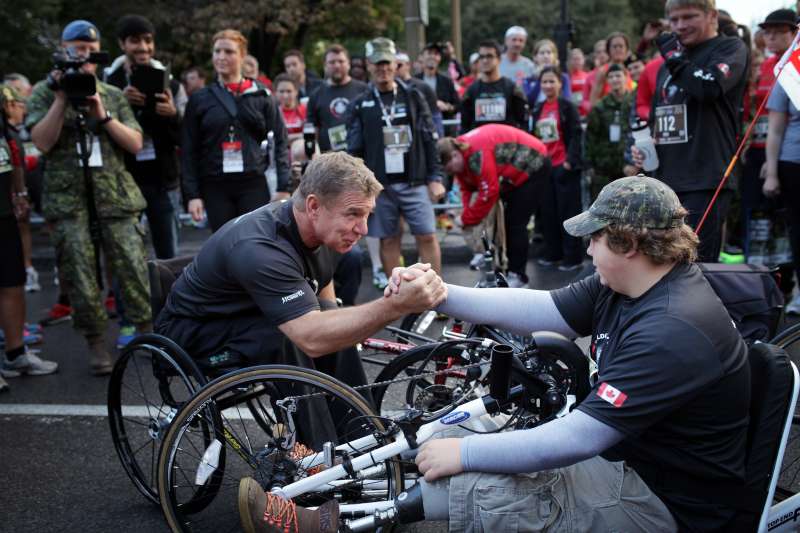 To motivate persons with disabilities (PwD) to do better and come up in all walks of life, the government needs to focus more and more on community-based rehabilitation programmes that can teach people to accept physically-challenged persons, Unicef’s representative to India, Louis-Georges Arsenault, has said.

“There’s always much more to be done while addressing the cause of disability. While India is doing its part to solve the issue with various policies and programmes, I think the focus should be more on community-based rehabilitation programmes,” Arsenault told IANS.

“These programmes would help teach normal society the manner to deal with persons with disabilities,” he said, adding: “Acceptance of these people by society is the most important step in empowering them.”

“Creating an appropriate infrastructure is not a big deal – not that expensive either – but the way we think about the persons with disabilities is something that matters a lot.”

According to the 2011 census, over 2.2 percent of the Indian population is disabled, while the erstwhile Planning Commission put the figure at five percent. The World Health Organisation (WHO) estimates it to be eight percent.

In a bid to help these people, the Narendra Modi government has launched its Assessible India Campaign that aims at building accessible government buildings for PwDs and providing them accessible transportation facilities.

Happy with the government’s initiative, Sminu Jindal, the managing director of Jindal Saw Ltd and the founder of NGO Svayam, said: “Inaccessibility of public infrastructure remains a major challenge. When people with disabilities cannot come out of their homes, use pedestrian pathways or means of public transport, all the benefits and facilities conferred by the state like right to education and three percent reservation in public employment, among others, fail to bring desired empowerment.”

“Similarly, despite inclusive education being a legal mandate, access to education continues to be a challenge due to lack of accessible infrastructure and special educators and lack of will to include children with disabilities,” added Jindal.

She said the government needs to focus more on implementation of its programmes related to persons with disabilities.

“Though the government has started various social schemes for the marginalized, there is need for a concentrated and focussed approach with stipulated timelines to ensure inclusion of persons with disabilities and the elderly in the mainstream.”

Nikhil Gupta, the co-director of the ESCIP Trust India that works for the empowerment of people with injured spinal cords, felt that persons with disabilities are “bound to live a miserable life” in the absence of proper treatment and rehabilitation.

“If a wheelchair user wants to go out with friends or family there are very few accessible restaurants, movie halls and public places. The number of these places are even less than our fingers and that too in Metro cities,” he said.

Thus, the government needs to come up with much more programmes and most importantly implement them so that the change could take place, said Gupta.