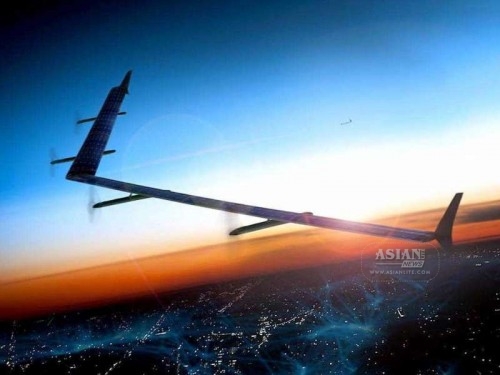 If Facebook has its way, there would soon be huge solar-powered drones — with the wingspan of a commercial airliner — beaming down internet in the remotest of areas.

Facebook has been testing such drones in the skies over England, according to its CEO Mark Zuckerberg. The drones use lasers to beam internet access down to the ground, designed to provide connections to rural and internet-free zones, reported The Guardian.

“As part of our Internet.org effort to connect the world, we’ve designed unmanned aircraft that can beam internet access down to people from the sky,” Zuckerberg said in a blog post.

“We’ve successfully completed our first test flight of these aircraft in Britain,” he wrote.

Developed by Ascenta, a Somerset-based designer of solar-powered drones bought by Facebook in March 2014, the drones will be able to fly at altitudes of 60,000 feet for months at a time on solar power.

They will have wingspans greater than 29 metres, or that of a Boeing 737, but weigh less than a car.

“Aircraft like these will help connect the whole world because they can affordably serve the 10 percent of the world’s population that live in remote communities without existing internet infrastructure,” Zuckerberg said.

The drones form part of Facebook’s internet.org initiative that aims to connect the next billion people to the internet, creating new markets for the social network which already connects 1.39 billion monthly active users.

“If we achieve our first goal, get everyone on the internet, build services at scale for the entire planet, we create this new problem: so much information you can’t consume the stuff that’s important to you,” Facebook’s chief technology officer Mike Schroepfer was reported as saying.