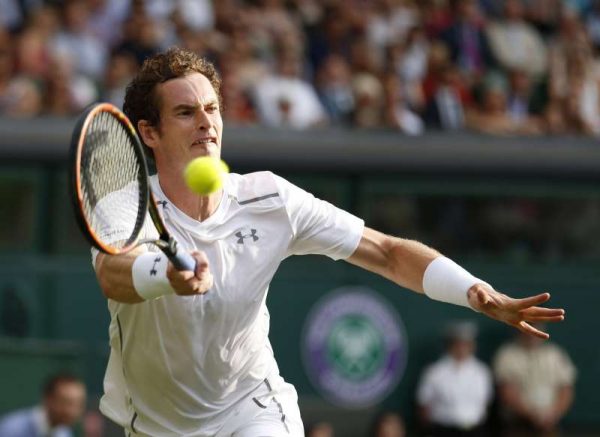 Second seed Federer faced one break point, in the first game of the match.

The Scot’s hopes of landing a second Wimbledon title were undone by a breathtaking exhibition of serving in particular, with Federer dropping just 21 points on serve over two hours and seven minutes.

“He served fantastic, apart from the first game where I had the chance there,” said Murray.

“I didn’t really have any opportunities. That puts pressure on you. The pressure builds throughout the set that way.

“I obviously got broken right at the end all of the sets but didn’t actually play a bad match. I played pretty well.”

Federer will contest his 26th Grand Slam final on Sunday, when he will look to win an 18th major title and become the first man in history to win Wimbledon eight times.

The Swiss said: “It’s been tough. Andy’s been playing well this season. There’s so much expectation riding on it, you just have to focus for one more game, and then one more game. You think the break will come.

“I expected four or five sets. I played so well on the biggest occasion today.

“My serve was good again, against one of the best returners. I kept the pressure up and was able to mix it up. It worked out well.”