Amid cheers, hugs and tears of joy, delegates from 196 countries at the climate change conference here adopted late on Saturday the first universal pact committing them to curb global warming to well below 2 degrees Celsius and outline a roadmap to raise $100 billion annually towards a green fund for developing nations.

The Paris Agreement — as the 32-page accord is called and reached after two weeks of hectic talks, a day’s extension and and some sleepless night for negotiators — was declared adopted after French Foreign Minister Laurent Fabius, also the chair of the conference, struck the gavel.

“You’ve done it — reached an ambitious agreement, a bindin g agreement, a universal agreement. Never will I be able to express more gratitude to a conference. You can be proud that to stand before your children and grandchildren,” said French President Francois Hollande. 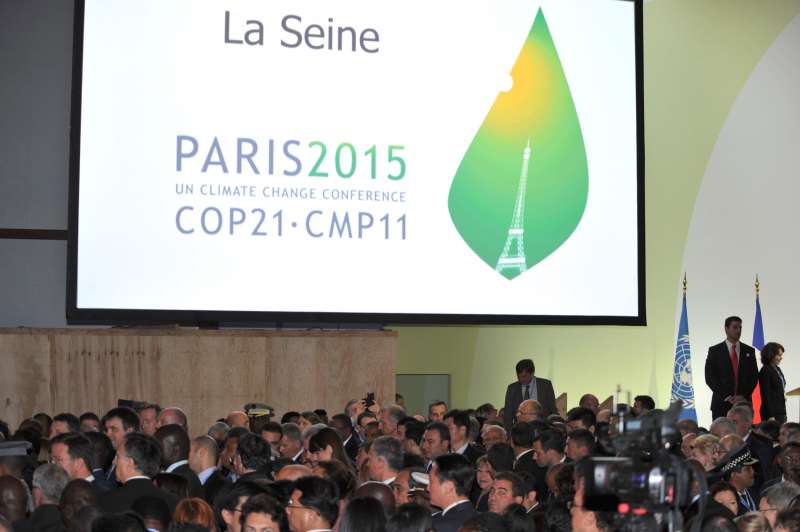 India’s Environment and Foreign Minister Prakash Javadekar felt the pact could have been more ambitious as the commitment from rich nations was “much below” what was expected of them, but felt the basic concept of common but differentiated responsibilities towards environment protecting was largely addressed.

“To achieve big things as there are languages and many issues, when 196 countries are putting their efforts together. One needs to be accommodative without changing the thrust of the agreement. We’ve done everything to maintain that thrust,” Javadekar said.

“Today is a historic day. What we have adopted today is not only an agreement but a new chapter of hope in the lives of seven billion people,” he said at the closing plenary, adding: “Today we reassure our future generation that we all will mitigate the challenge posed by climate change and give them a better future.”

Earlier in the day President Hollande had called up Prime Minister Narendra Modi for his support.

Following the adoption of the Paris Agreement by the 21st Conference of Parties, under the aegis of the UN Framework Convention on Climate Change, it will be taken to the UN headquarters. Then on Earth Day, falling on April 22, 2016, it will be opened for the signatures of members for one year.

It will enter into force once 55 countries accounting for at least 55 percent of emissions ink it.

“For the first time, every country in the world has pledged to curb emissions, strengthen resilience and join in common cause to take common climate action. This is a resounding success for multilateralism,” said UN Secretary General Ban Ki-Moon.

Immediately after the adoption of the Paris Agreement, the World Bank and the International Monetary Fund, two largest multilateral financing institutions threw their weight behind the accord and said they will help countries across the globe fight climate change.

Poor and emerging economies had been demanding that they get clean and green technology and funding from the rich nations to pursue their national interests without harming the environment further as they hold the industrialised world responsible for polluting the earth in the past.

Among the other decisions reached included a commitment that countries will submit updated climate plans — nationally determined contributions — every five years to steadily increase their long-term ambitions. India has already pledged to reduce the carbon intensity by 33-35 percent over 15 years.

India’s negotiating position, as a key member of a number of informal groupings on climate change was evident at the conference was evident, as even US President Barack Obama called up Prime Minister Modi to ensure that Paris delivers a deal.

The country’s engagements were kicked off by Modi himself here, as global leaders this time converged at the beginning of the conference as opposed to attending the closing plenaries, as has been the practice in the past.

Apart from making a pitch for the principles of equity and common but differentiated responsibilities at the conference talks, the Indian prime minister also launched a grand alliance of some 120-odd nations to harness solar energy better, besides committing $30 million for a proposed secretariat.