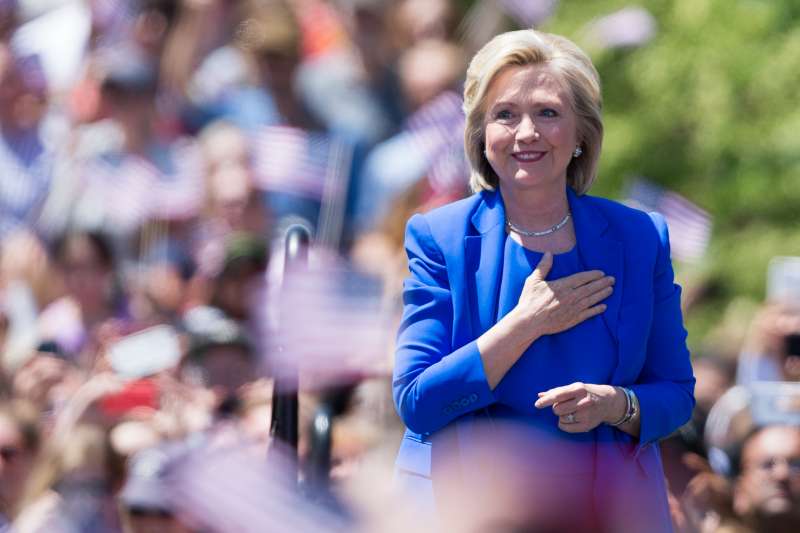 Just a day after declining to apologise for using a private email server as secretary of state, Hillary Clinton abruptly shifted her tone to say sorry as her poll numbers sank to a new low.

“That was a mistake,” the Democratic presidential frontrunner said in an interview with ABC News Tuesday hoping to put an end to the controversy that has dogged her campaign and pulled down her favourability among Democrats by ten points in a month.

Clinton later issued a slightly different apology saying she was “sorry that it has raised all these questions.”

The abrupt shift in Clinton’s tone came just a day after she told AP on Monday in Iowa that she doesn’t need to apologise for her nagging email controversy because “what I did was allowed.”

Clinton defended her practices again on ABC, saying that everyone she emailed in the White House and Obama administration knew she used a private account.

She also disputed that she ever traded information over email that was marked classified at the time.

David Axelrod, a former top campaign adviser to President Barack Obama, told Tuesday that Clinton’s evolving answers on the subject have been costly.

“Her answers have evolved over time and have prolonged this story,” said Axelrod

“She’s trying to bring this thing to an end so she can be heard on other subjects, but she needs a consistent answer.”

Clinton got choked up at one point, when speaking of her late mother and how hard it is to campaign “24/7.”

“It’s something that just demands everything-physically, emotionally, spiritually,” she said. “I can have a perfectly fine life not being president.”

Clinton also offered praise for potential rival Vice President Joe Biden, who is mulling a 2016 presidential bid. “I think he could be a good president, there’s no doubt about that,” she said.

The change in Clinton’s tone on the email controversy came as she hit a new low in the polls – not due to her self-proclaimed socialist rival senator Bernie Sanders, but Biden.

While, Sanders is giving Clinton a run for her money in Iowa and New Hampshire, the first two nominating states, a new national Monmouth University Poll shows Biden’s support rising among Democrats.

Clinton currently has the support of 42 percent of Democrats and Democratic-leaning voters nationwide, which is down from 52 percent just one month ago.

Biden, at 22 percent, and Sanders, at 20 percent, are practically tied for second. That represents an increase of 10 points in Biden’s support since August and a four point rise for Sanders.

In addition to the 22 percent who currently back Biden for the nomination, another seven percent of Democrats say they would be very likely to consider voting for him if he does get into the race and another 34 percent would be somewhat likely.

“For a guy who is not running for president, Biden sure is making headway against the frontrunner,” said Patrick Murray, director of the independent Monmouth University Polling Institute.

“There also seems to be an opening with the more liberal Sanders voters if Biden plays his cards right.”