Former England all-rounder Andrew Flintoff has predicted a 2-1 victory for Alastair Cook’s side over Australia in this summer’s Ashes series beginning. 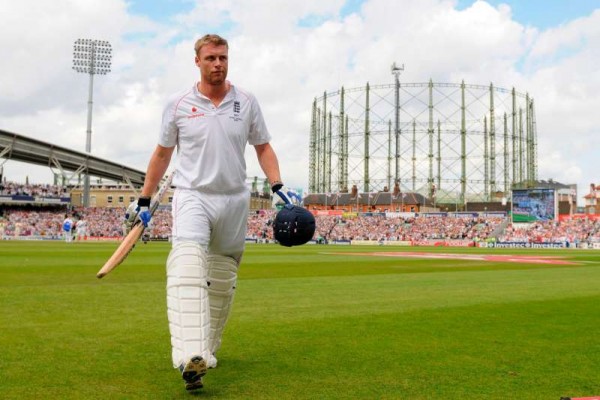 The 37-year-old’s opinion is based on England’s performances during the recent drawn rubber with New Zealand, when they adopted a new attacking style of cricket that kept fans on the edge of their seat.

Having lost 0-5 to Australia Down Under in 2013-14, England are deemed as underdogs to regain the urn on home soil.

And Flintoff believes they will relish that position and come out on top over the five Tests.

The Lancasterian, an Ashes winner in 2005 and 2009, told ecb.co.uk: “I think England are in a great position. They have been written off by everyone and that is when England are at their most dangerous.”

“We have seen in the past few weeks there are signs of a massive improvement in the side. They should just go out there and play and enjoy it as they are doing.”

“You put the two teams together and I think we are stronger. However, they will come in with a confidence, possibly a little bit of arrogance, but I think we will win 2-1.”