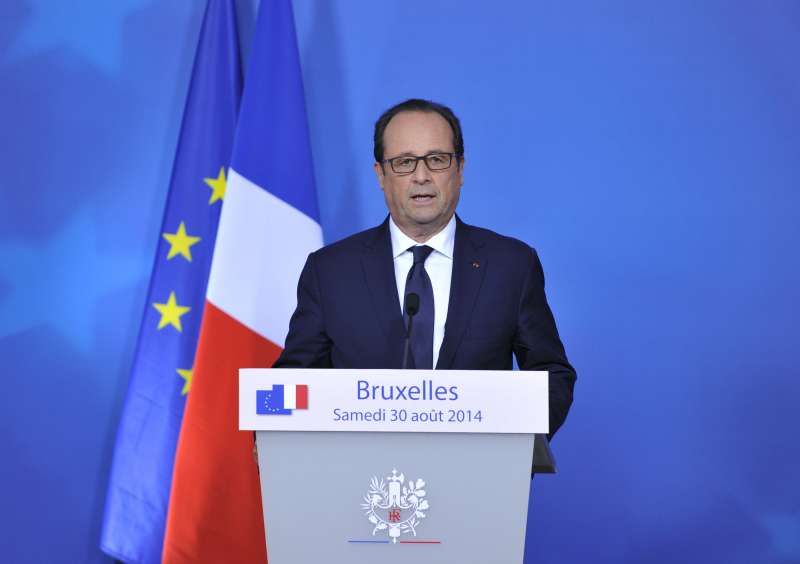 French foreign policy is under severe pressure following the 13/11 Paris terror attacks. Barely had the impact of Friday’s attacks sunk in, when a number of leaders, arrayed over the entire spectrum of French politics – ranging from the extreme left to the extreme right – began calling for France to dramatically alter the course of its foreign policy.

On Saturday morning, even as he was chairing the meeting of the Defence Committee, a grouping of key ministers and aides, President Fraancios Hollande found himself bombarded with suggestions, remarks and criticism that the French foreign policy had become too twisted and complex and was not really serving the real French interests anymore.

There were demands from various political leaders that France should rebuild its relationship with not only Russian President Vladimir Putin but also with beleaguered Syrian President Basahar Al Assad, whom the French have been trying so hard to dislodge since at least 2010.

Former French president Nicolas Sarkozy met Hollande and asked his successor to urgently repair the relations with Russia, which have hit a historic low in the last two years. Not only do Russia and France find themselves on the opposing sides in Syria and Iraq, but France has been harshly critical of the Russian position on the Ukraine and the Crimea as well. A few months ago, the French unilaterally cancelled the purchase by Russia of two Mistrals, technologically the most advanced ships in the French navy.

For the past many months, there had been already been calls for a realignment of the French foreign policy and a reality check on it. But the 13/11 attacks have brought the issue to the fore.

Sarkozy had recently visited Moscow and met Putin, a leader with whom he had enjoyed warm relations when he was in office between 2007 and 2012. “We need everyone and especially the Russians, in order to exterminate the ISIS,” he told Hollande.

Sarkozy’s party member and Member of Parliament Jacques Myard echoed his boss and went further. “It is time that France reviewed its foreign policy, notably in Syria. I think we have been following a wrong policy. Today, the one who has been fighting the jihadists and the ISIS is the one in Damascus (Bashar Al Assad), with the help of Iran and Russia. Even if Assad is not a saint and has blood on his hands, we must choose between the two evils. The enemy today is not Mr. Assad, but the Islamists, the ISIS, the Al Qaeda,” said Myard, who ignored the French foreign ministry’s advice and recently visited Damascus and met Assad.

Some other French deputies are more vocal. “These criticisms of French diplomacy are not premature, because, unfortunately, the current French diplomacy does not produce any results. The Islamic State continues its development in Syria. As President Hollande says, we are at war, and one of the things that needs to be done in this war is to revise our alliances. We need to come closer to those who are combatting terrorism on a daily basis,” said Jean Frederic Poisson, of the centre-right Christian Democrats party.

Poisson also criticisesd the heavy reliance of French diplomacy in the Middle East on Turkey, Qatar and Saudi Arabia. “It is clear now that these countries and notably Saudi Arabia finance numerous cells, especially of the Wahabbis. These countries have to come out of the ambiguity of their position on terror. I don’t know whether we should cut off our ties with them or apply sanctions, but at the very least we should ask them for a clarification,” Poisson said. This view found strong support from a powerful member of the parliament, Bruno Le Maire, who also called for review of French ties with the GCC nations and an immediate patch up with Russia and Syria.

Marine Le Pen, the leader of the extreme right wing, le Front National (FN) and who is currently leading the opinion polls for the 2017 presidential elections, also said clearly that the French diplomacy sounded outdated and useless. “France needs to determine who the real allies and enemies are. French enemies are those countries which have friendly relations with radical Islam and these are also the countries who are very ambiguous on their relations with the terrorist organisations. All those who are fighting the terror groups are the allies of France and have to be treated as such,” Le Pen said in a brief intervention after the 13/11 attacks.

The GCC nations, mainly Qatar and Saudi Arabia, are amongst the largest buyers of French defence and other products and services and also some of the biggest investors in France.

For many years now, France has been following a foreign policy that has supported the Qatari and Saudi Arabian positions on the situation in the Middle East.

“It had begun to look like the French foreign policy was more aimed at protecting the interests of GCC nations like Saudi Arabia and Qatar, rather than serving the real interests of France,” is how a French security expert based in Paris presented the issue.