French fries contain acrylamide, a chemical that poses a risk for several types of cancer in rodents. So eating French fries may put your health at risk….reports Asian Lite News 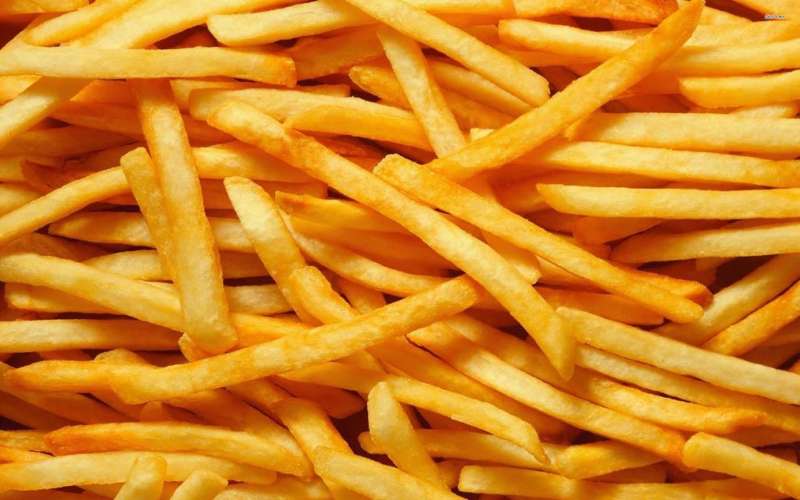 French fry lovers, beware! A chemical in your favourite snacks – more commonly associated with heavy industry than crispy fried potatoes – may put you at severe health risk in the long run.

French fries contain acrylamide, a chemical that poses a risk for several types of cancer in rodents.

The International Agency for Research on Cancer considers the chemical a “probable human carcinogen”.

Led by researcher Yi Wang from the University of Idaho, the team assessed more than 140 potato varieties. The goal was to identify potatoes that make great French fries and form less acrylamide.

Researchers planted 149 potato breeds in five potato-growing regions across the US. Upon harvesting, they sent some of the raw potatoes to labs. There, the potatoes were stored in conditions similar to commercial potatoes.

After storage, the labs tested the potatoes for their levels of reducing sugars and asparagine – an amino acid that is a known precursor of acrylamide.

The team found that it is fairly achievable to identify potato breeds that produce less acrylamide, especially when compared with the industry standard potato breeds.

“The real challenge is to find the varieties that not only have those characteristics, but also yield finished products with desirable processing quality that meet the stringent standards of the food industry,” Wang explained.

According to him, the team hopes to identify genes that are related to lower acrylamide in certain fried potatoes.

The study shows a strong relationship between the genetics of a raw potato and its potential to form acrylamide.

If researchers are able to identify the specific genes, they may be able to eliminate them in the future.

Scientists first began paying attention to the unwanted chemical’s presence in food more than a decade ago.

Trace amounts of acrylamide are present in many foods cooked at high temperatures.

The research was published in the journal Crop Science.