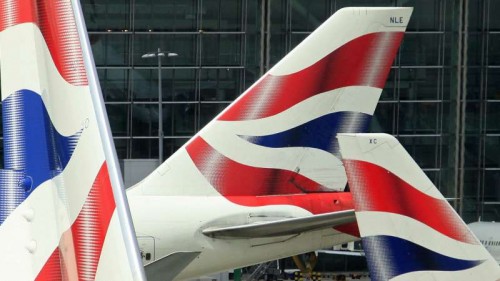 Forcing the evacuation of 172 people on board on emergency slides, airport officials said at least 14 people were taken to hospital with minor injuries, reports BBC News.

US Federal Aviation Administration spokesman Ian Gregor said the left engine of the Boeing 777-200 caught fire before take-off. The plane was seen engulfed in flames and smoke. The fire was later put out , says BBC news.

In a statement British Airways said the aircraft “experienced a technical issue as it was preparing for take-off”.

The pilot later told passengers that the accident was the result of a “catastrophic failure of the engine”, reports the Guardian’s Jacob Steinberg, who was onboard the plane.

“We looked out the window and for the first time saw smoke near the wing. We could smell it. It was like burning rubber – bitter and deeply unpleasant – and it was time to panic,” Steinberg writes.

There were 159 passengers and 13 crew members on board.

A spokesman for Rolls Royce told Reuters news agency the engine was not made by the company, British Airways uses engines made by either Rolls Royce or General Electric, the agency adds.

It added: “@LASairport had the fire out and all passengers off BA flight by 4:18 PM – excellent work by our ARFF team.”

Airport officials said passengers were taken to the city’s Sunrise hospital, most of them with injuries sustained while sliding down inflatable chutes during the evacuation, says BBC news.

Some of those on board said there was smoke in the cabin as one exit was opened and immediately declared unsafe.

An investigation into the blaze is now under way after what was clearly a lucky escape, the BBC’s James Cook in Los Angeles reports.

The incident shut one of the airport’s four runways for several hours.

McCarran is a major airport in the US, handling more than 40 million passengers last year.