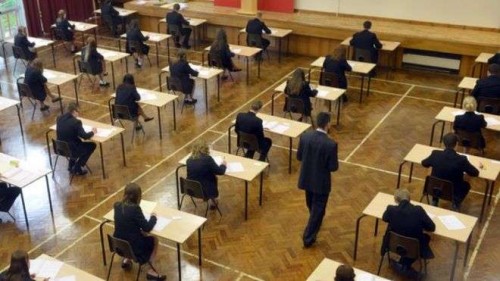 Under new changes to England’s exams pupils will have to score more highly to gain a “good pass” in their GCSEs.

Candidates will have to obtain a Grade 5, equivalent to a low B or high C now, as grading switches to numbers nine to one in exams to be taken first in 2017.

The aim is to make standards comparable to top-performing countries such as Finland, Canada, and the Netherlands reports BBC.

The new grading system, which replaces the A to G system with a new nine-to-one numbered scale, comes as new “more rigorous” GCSEs are being introduced for first teaching this September.

The new grading system has been designed to reveal the differences between candidates at the top end.

Currently, candidates are expected to achieve a C to attain a “good pass”, although grades below this are still officially considered passes.

The announcement comes just a week after the government said all pupils would have to study English Baccalaureate (EBacc) subjects to GCSE.

It means they must sit English, maths, science, history or geography, and a language.

Mrs Morgan said: “This means ensuring children study key subjects that provide them with the knowledge they need to reach their potential – while setting a higher bar at GCSE so young people, their parents and teachers can be sure that the grades they achieve will help them get on in life.”

The government says the new measures will place England’s education system on a par with the best-performing countries, pushing expectations and aspirations of young people and ensuring they can compete with peers across the globe.