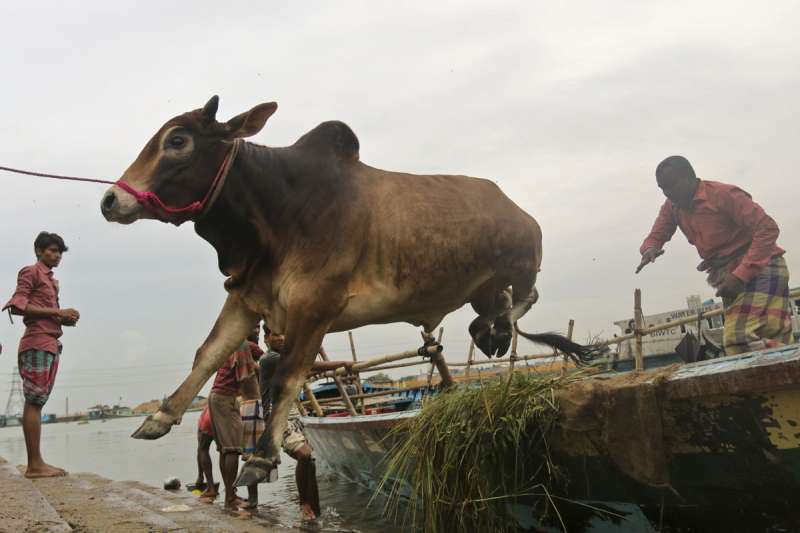 At a barren paddy field near the picturesque Siridao beach, hundreds of crazed onlookers cry ‘Rocky, Rocky’, while another set amongst the audience shouts ‘Rambo, Rambo’ as two bulls ram their giant heads against each other again and again.

Rocky and Rambo – popular names for fighting bulls — are almost Sylvestor Stallone-like in their physicality, their well-defined muscles sweating with the strain, as the frenzied beasts use their sharpened horns to dig into the opponent’s neck.

Police often arrive at the spot and disperse the crowd, but the bulls refuse to call it quits. Next week, the bullfight organisers shift base to yet another location, whose details are forwarded on short notice on secret WhatsApp and Facebook groups, to which entry is only by member reference.

Welcome to the world of Goan bullfighting, banned by the courts and but still passionately loved by a section of the state’s population, which is now being promised by politicians across party lines to “legalise” the sport. Bullfighting, Goa’s worst kept secret, takes place more often than it should despite the legal ban. Chief Minister Laxmikant Parsekar has said his government wants to legalise the event, arguing it could be a good source of revenue.

“We are looking at ways to legalise bullfighting. It can be a good source of revenue for tourism as well as for farmers who raise these bulls,” Chief Minister Laxmikant Parsekar told IANS.

The Panaji bench of the Bombay High Court had banned the bull-fights in Goa in the late 1990s. But the order has not stopped the bullfights.

Coastal villages like Benaulim, Colva, Fatorda, Betalbatim in South Goa and Mandrem, Siolim, Morjim and Arambol in north Goa are well known among bullfight aficionados for hosting the fights at short notice.

A bullfight earlier this week, outside Parsekar’s school Harmal Panchkroshi in Arambol was caught on camera and broadcast on local cable news channels, which showed hundreds of aficionados in attendance.

Parsekar, whose government has formed a legislative committee to examine whether bullfights can be restarted legally, did not deny the bullfight on Sunday.

“It did not happen within the school premises… Sometimes bulls fight on their own,” he said.

Parsekar also did not rule out constructing a special stadium to host bullfights, on the lines of Spanish arenas.

The bugle for legalising bullfights has been blared in the past by politicians from across party lines.

Former chief minister and ex-Congress Lok Sabha MP Francisco Sardinha, a self-proclaimed bullfight lover, had even moved a resolution in parliament in 2013 in a bid to legalise the sport.

“Which animals do not fight before procreation or mating? You think without organising these fights bulls do not head-butt otherwise at all?” Sardinha has said, defending the sport.

BJP MLA Vishnu Wagh, who is heading the Bharatiya Janata Party-led government’s legislative committee on bullfights, said that the concerns of animal rights activists about bulls getting hurt during such fights will be factored in the deliberations of the forum, which is seeking ways to legalise such fights in Goa.

“The horns of the bulls could be capped with rubber to ensure that the animals are not hurt. Bull fighting is a traditional sport of Goa and is connected to agricultural tradition,” Wagh told IANS.