Exploring this issue why someone is ‘radicalised’ gave no one universal answer why a individual decides to take the step into what is now known as ‘jihadism’ in the mainstream media. Investigating what makes a person inhabiting a seemingly comfortable existence with all the trappings and freedoms that are afforded to them, to partake in something that on the face of it, is the antithesis of what they have been accustomed to…writes YZ Patel 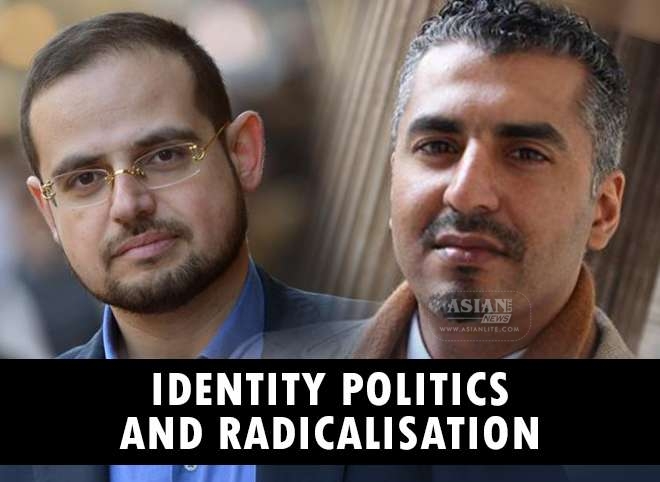 Disenfranchised , disaffected, disillusioned, marginalised, isolated, stigmatised, victimised, alienated,  demoralised, undervalued. They are the words bandied about when we hear of those that have  decided to board a plane to Istanbul and cross the border into what they assume to be the promised land.

Exploring this issue why someone is ‘radicalised’ gave no one universal answer why a individual decides to take the step into what is now known as ‘jihadism’ in the mainstream media. Investigating what makes a person inhabiting a seemingly comfortable existence with all the trappings and freedoms that are afforded to them, to partake in something that on the face of it, is the antithesis of what they have been accustomed to.

Recent pieces by the academic Kenan Malik, former radical Maajid Nawaz and ex Al Qaeda operative Aymen Dean have all attempted to shed light on this phenomena. Aymen Dean and Maajid Nawaz have been there, seen it , bought the book and worn the Tshirt. They have come back from the dark side and seen the light. Giving a personal insight to what makes a person take up a political ideology in its extreme form and commit unspeakable crimes in its name.

Kenan Malik although acknowledges the political and religious aspect of these doctrines does not have first hand knowledge of being in the ‘lions’ den’ but some of his theories of causation  support the experiences of Aymen Dean and Maajid Nawaz.

Malik a writer, broadcaster and lecturer has firmly nailed his mast to the fact that most that decamp after having bought this ideal of a utopia opposed to the perceived dystopia they reside in, are looking for ‘belongingness’, identity, a meaning and respect.

‘Identity politics’ is what he claims is what gives rise to this radicalisation. This he says has ‘encouraged people to define themselves in ‘increasingly narrow ethnic or cultural terms’ which in turn he says in the past this might have exhibited itself in joining political organisations, however now he says they see themselves as ‘Muslim in an almost tribal sense, and give vent to their disaffection through a stark vision of Islam’. Social class, poverty or wealth has been totally dismissed by him as a contributory factor as done by many others in this process.

The purchase of this dogma he says is a ‘expression of social disengagement in an era of identity politics’. The universality of Islam globally he says and by using the issues of Muslims oppression around the world provides a ‘illusion of being part of global movement’ according to Malik.

Maajid Nawaz and Aymen Dean also are advocates of this and it is this feeling of achieving, participating in writing history, giving their existence a sense of worth, value and empowerment, that they are doing more both in the terms of their faith than others that make them get their back pack and decide to give their life for what they see as this most honourable cause.

However this jumping on the plane suddenly cannot happen, there is a spark, a catalyst. Their disaffection,  their lack of perceived identity, their feeling of isolation is what is preyed upon by these ‘proselytisers’ which we continue to hear about. They are which provide the inoculation for their spiritual and existential pain.

Aymen Dean who fought in Bosnia says although the destination of all jihadis is the same, the journeys taken to get there are disparate.There is no single process he says ‘Some people, it took them years to be convinced of coming to the jihad and some people it took them minutes. Some people were studying in religious seminaries – they’re a minority by the way – and then decided to come and some people basically just came straight out of a night club you know while he was consuming alcohol basically to come and seek redemption there in the jihadist world’ Most he said were suicidal in anticipation of martyrdom the others psychopaths.

Malik, Nawaz and Dean are unanimous that the incendiary rhetoric of these demagogues is the common thread that links one state of mind to another.

All three accede what they buy into is not the conventional, they want to be in the new order. A sort of ‘cool group’ the ‘underground’. Nawaz himself was part of such a group, the outlawed Hizt-but-Tahrir. Others like Al Muhajiroon (also banned) in all its many different guises have taken up that void and it is here most of their convictions are derived.

As Malik says these people aren’t part of mainstream Muslim communities, theirs is a strange dichotomy as their discovery of the faith is from the virtual world. YouTube, forums, and social media, traits clearly prevalent in the case of the jihadi fangirls and many others.

Further educational establishments and the plethora of Islamic Societies within that bring in various speakers without  checks and balances is one key distribution channel for this to happen, substantiated by those themselves radicalised. Perpetuated by the fact the seeds for daesh’s number one Kuwaiti Executioner were sown in one such institution.

Malik though does not believe the banning of organisations or the censorship of these expounders virtually or otherwise is the answer. He maintains this is a ‘simplistic narrative ‘ and will not address the issues that made ‘jihadism’ attractive in the first place.

Both Nawaz and Dean however disagree with this view, Nawaz in his own radicalisation claims it is those ideologies that are at the core of this recruitment and a recurring theme in many of this ilk. He purports they are ‘adept at manipulating world events to present’ what he calls the ‘Islamist narrative’— that the world is at war with Islam, and only a caliphate (daesh now) will protect Muslims from the crusaders’. He was and many others now are certainly sold that dream and have bought into it lock stock and barrel.

His journey into radicalism took him from his personal bodyguard being sentenced for murder to himself being in a prison in Egypt for four years for espousing and trying to recruit for Hizt-but-Tahrir the extremist organisation he had subscribed to.

The experiences and the solutions offered by Maajid Nawaz is what the government should be analysing forensically if they want to minimise the brainwashing of other Muslims. He is born and bred in this country and he has walked their steps.

The people susceptible can identify with him and he can connect with them. He vehemently insists that if ‘speakers are not given unchallenged platforms to promote their toxic message to a vulnerable audience’ then the inevitable is going to happen.

As ‘Islamism’ has become the defacto political expression for Muslims in the UK and Europe in his words the subversive endorsing cannot go on ‘unfettered’ within communities and has to be challenged.

He is of the opinion, the ideas, the beliefs have to come from somewhere like his did, and it is fertile ground for those ‘Islamic ideologues’ as he calls them to prey on the grievances in the same way as other right wing extreme organisations do. He asserts unless we ‘confront this seeming legitimacy of Islamist discourse at the grass roots, we will not stop the scourge of radicalisation’.

This interrogation into the causes of jihadism although complex, we know there is no one answer to stop it. Like in the cases of Anders Brevik, Timothy McVeigh and the Atheist Craig Hicks there are always going to be those in the margins and for them no matter what counter balances are put in place there will be unfortunately nothing to stop them doing whatever it is that they’re going to do.

If collectively all stakeholders, mosques, parents and educational establishments implement certain mechanisms and there is awareness and education we can disrupt, control and bring the issues to be addressed to the fore and like Nawaz says confront them head on before they arrive at the departure gate.