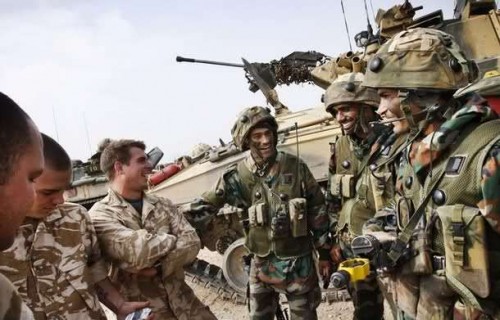 A crash involving three vehicles in Wiltshire has injured up to 20 military personnel.

Two are in a life-threatening condition and eight more have been seriously injured in the accident, which happened during a joint training exercise between the British and Indian military.

South Western Ambulance Service said the two people with the most severe injuries were flown to Southampton Hospital, with the eight seriously-injured casualties taken to Salisbury District Hospital by road reports Sky News.

The remainder were described as “walking wounded” by police and many of the injured are believed to be Indian personnel.

“We had reports of four to five people with life-changing injuries and approximately 16 others ‘walking wounded’.

“The road traffic collision happened on a by-way which cuts through the Plain, hence why we were called.

“It is still regarded as a Wiltshire Police matter as it’s on a by-way, although it’s off the main road.”

Wiltshire Air Ambulance assisted with the rescue operation and posted a picture on social media showing three helicopters at the scene at Westdown Camp.

Three military ambulances and a hazardous area response team trained to deal with specialist situations including multiple casualty crashes – were sent to the scene.

The Army said in a statement: “We can confirm that there has been a road traffic collision in the Salisbury Plain training area in which it is understood there are a number of casualties.

“The British Army is supporting Wiltshire Police and South West Ambulance Service with their response to the incident which will be duly investigated.”