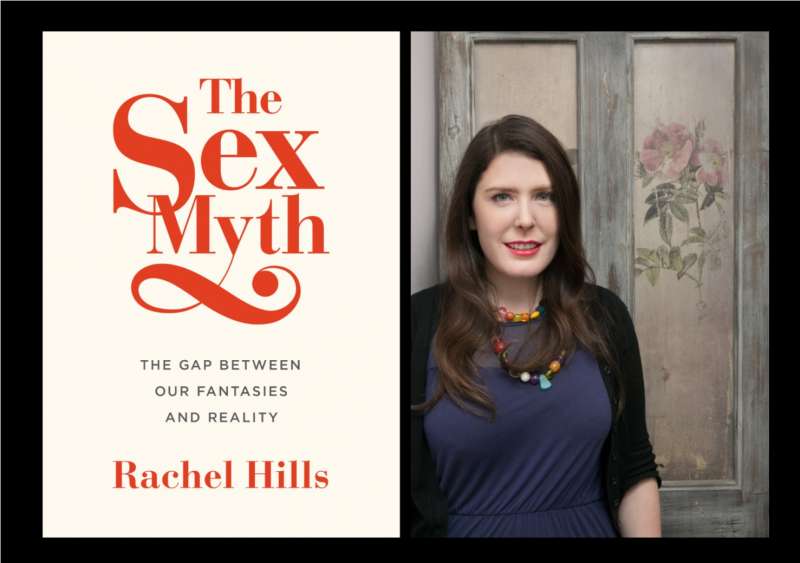 At a time when several stereotypes associated with sex and pornography are being broken and the millennial generation (those born after 1980) is willing to exercise their sexual freedom more than ever, celebrity millennial author Rachel Hills believes that sexual freedom means getting rid of the idea that some ways of being sexual are more moral or enlightened than others.

Hills recent bestseller “The Sex Myth: The Gap Between Our Fantasies and Reality”, says that true sexual freedom means people being able to make free decisions from a wide array of options rather than feeling like they need to follow a particular script.

“I think that as cultures grow more accepting of female desire, that increases the social permission for women to view things like pornography,” Hills told IANS in an e-mail interview from New York — the first to an Indian publication.

“There are some people who would have sex every day if they could. But there are others who would be happy to do it once a month or less often. Neither way is better than the other. The reality is that the human libido varies wildly,” say Hills who writes for several international publications like the The Atlantic, Cosmopolitan, NYMag.com, The Sydney Morning Herald, TIME, and Vogue.

She takes up the abiding myths about sex that change with social norms, but impose a sort of control on our thoughts. “Sex is no longer just something we are told not to do, or else risk being judged as dirty and depraved. It is also something we must do, or else be declared pathetic, prudish and undesirable,” she contends in her writings.

Hills says that there was now a focus on female pleasure and that was a good thing. “It is not fair to have sexual encounters where only one person enjoys themselves,” she responds.

Yet, she says, there does remain a real divide in how often men and women orgasm from sex during heterosexual encounters.

She quotes US research which talks about ‘orgasm gap’ where women experience it only 32 percent as often as men do in first time heterosexual encounters, and 79 percent in ongoing relationships. “Generally that’s because they are not receiving the stimulation they need to climax,” says Hills.

According to her, sexual expectations across all eras are tied to a “myth” in the sense that we are sold a monolithic ideal of what sex is and how it should be. She says that these narratives create a kind of twin anxiety around sex – we are told we are dirty if we do it, but we are losers if we do not do it enough,” she laments.

For her, “good sex” is something that you and whoever you are having sex with both enjoy.

“There is no ideal duration or range. Media and popular culture sell us the idea that good sex can be achieved by following a formula,” she said.

She says that these narratives appeal as most people want to be good in bed – “both to please their partners and to keep up with the proverbial Joneses.”

She says that the idea that there was a ‘right way’ to do something assuages “our fears that we are doing it wrong. But it can also end up inflaming our anxieties.”

“The Sex Myth,” published in North America, Australia, New Zealand and the UK in August 2015, is about the invisible norms and unspoken assumptions that shape the way we think about sex. “The book aims to relieve the pressure that so many people feel about their sex lives – this idea that how often, with whom, and how we have sex determines our desirability and our value as human beings,” she describes.