HE was born in Nazareth, and his grandfather was a carpenter…Little Saleem Abboud Ashkar spent many happy hours learning to work with chunks of wood in that workshop in the Old Town, where the common mode of transport was still the donkey.

There was plenty of music around – mostly classical Arabic or pop – but no Beethoven or Chopin. When his engineer father swapped an old truck for a piano the little boy of six was mysteriously drawn to it – but there was no-one to teach him.

During a brief opening of the Israeli-Lebanon border after the 1982 war, a distant relative arrived from Lebanon to find his family roots.

“I had never even heard the piano played,” says Ashkar. “But I knew I wanted to play, and here was this stranger who taught me how to read music and play in a few weeks. He then disappeared and the border closed again.

“We never saw or heard from him again, but before he left, he made my parents promise that they would find me a teacher.”

There was no-one to be found in any town nearby, and the family had to take their son all the way to Tel Aviv for instruction under the celebrated Arie Vardi. Forced out of his comfort zone in every way, he had to learn Hebrew to survive in a Jewish school, and later learned German when he followed Vardi to Hanover at the age of 14. His English is pretty impeccable, too.

At 17, he was ‘discovered’ at an audition for young talent held by legendary conductor Zubin Mehta, who invited him to perform with the Israeli Philharmonic. He was later taken up by Daniel Barenboim, with whom he made his Carnegie Hall debut at 22.

Now 38, Ashkar says: “In retrospect, my amazing parents had to make a tough decision to let me reach out across cultural boundaries to get my musical education. It was hard for them, and being one of two Arab children at a Jewish boarding school wasn’t easy, either.”

He is an Israeli citizen, and has been able to travel back and forth at will, but is fully aware that a Palestinian child from the West Bank would never have had his opportunities. He hesitates to make political statements, but says he “despairs” of the continuing tensions in his homeland.

After four years at the Royal College of Music in London, he moved to Berlin 12 years ago, and still lives there with his German wife and six-year-old twin daughters.

He has played to great acclaim with the best conductors at the top concert halls and festivals across the globe, working with leading orchestras that include the Vienna Philharmonic, La Scala Philharmonic, Concertgebouw Amsterdam, Leipzig Gewandhaus, London Symphony Orchestra, City of Birmingham Symphony Orchestra, NDR Hamburg and DSO RSB and Konzerthaus orchestras in Berlin. 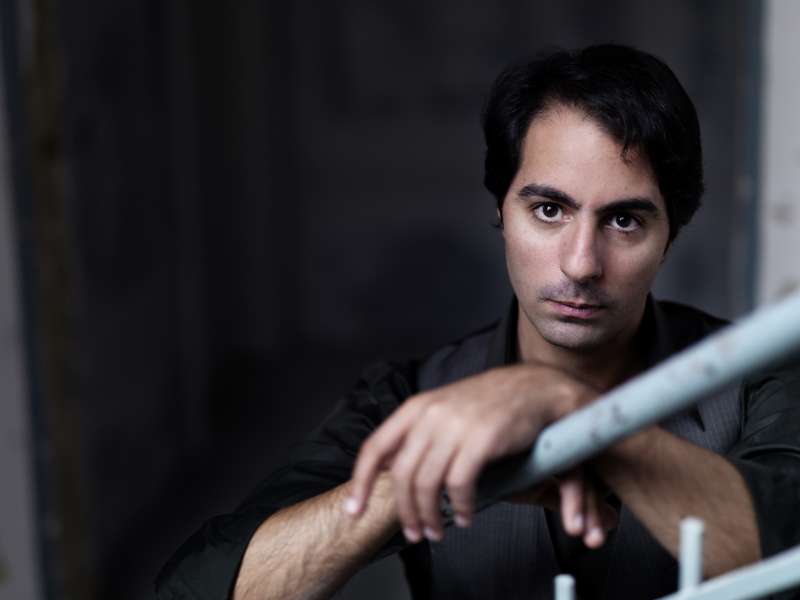 His current focus is the Beethoven Sonata Cycle, which he will complete at Sage Gateshead in the 2015/16 season, followed by performances in Berlin, Prague and Osnabruck the following year. His recordings have been described as “among the finest in the catalogue”.

He is closely involved in a music education charity set up 20 years ago in his parents’ living room and run by his brother Nabeel. The Polyphony Foundation gives musical education to Nazarene children, regardless of cultural or socio-economic background.

“We provide the kind of role models I never had when I was small,” he says. “We are lucky to have attracted funding from overseas, and will soon be extending it to Jaffa.”

A small chamber orchestra of Arab and Israeli musicians from the foundation (average age 18) will accompany Ashkar to Harrogate next month, and together they will perform works by Dvorak, Wisam Gibran and Shostakovich.

Saleem Ashkar, who is Artist in Residence at this year’s Harrogate International Festivals, will also give a solo recital of Beethoven sonatas, Chopin, Metner and Bartok. Both concerts’ narrative of the assertion of national identity through music fits perfectly with the Festivals overarching theme A Sense Of Place, he says.

“I can’t wait to show off our gifted young players in Harrogate. Through music I crossed and left behind national boundaries, I’m not making a big political statement, but the reality is that if you give a child a ‘bigger stage’ (music), it’s a transformational experience.

“I feel very lucky that when my children go to kindergarten and my wife to work, I get to open a score and play. I do what I love – when I could be clinging to a boat trying to cross the Mediterranean.”

Saleem Ashkar will perform at Harrogate’s Wesley Chapel at 7 pm on Friday, July 10. He is also in concert with Polyphony Foundation at 2 pm on Sunday, July 12, at the same venue. Box office: 01423 562 303 www.harrogateinternationalfestivals.com