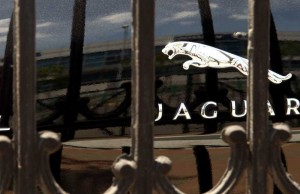 The firm has already invested £1.5bn in the Solihull plant to enable it to increase production, and it said its workforce there had almost doubled over the past three years to 9,450 reports BBC.

The car, called the Jaguar F-PACE, will be based on its concept car.

That was first launched at the Frankfurt motor show in 2013. The new model is due to go on sale in 2016.

Jaguar Land Rover’s UK executive director, Mike Wright, told the BBC the new vehicle would not be a “gas guzzler”.

“We spend about £3.5bn on our product investment each year and one thing that we really focus on is making sure that our future cars are both economic in terms of fuel economy, in terms of CO2.

“This car’s going to be built at one of the world’s biggest aluminium body shops at Solihull that we’ve invested a huge amount of money in over the last couple of years. So gas guzzling? No”.

The luxury car firm, owned by India’s Tata Motors, said it had chosen the UK as the new model’s manufacturing base because it wanted its cars to be “crafted with that special British flair”.

Jaguar Land Rover chief executive Dr Ralf Speth said the announcement demonstrated its “commitment to the UK and the advancement of a high-tech, high-skilled, manufacturing-led economy”.

Business Secretary Vince Cable hailed the decision as a “ringing endorsement” of the UK’s car industry.

“The UK’s automotive industry is thriving with a new car rolling off the production line every 20 seconds, and increasing levels of investment that’s helping to secure local jobs,” he said.

The announcement came as Jaguar Land Rover said it had sold 462,678 vehicles globally last year – a rise of 9% year-on-year – and the fifth consecutive year that sales have grown.

China saw the strongest growth, with sales up 28%, while in the UK sales rose 7%.

Economic growth in China has slowed in recent years, and a clampdown on government spending on luxuries is eating into many companies’ sales growth in the country.

However, Mr Wright told the BBC said there was little sign of slowing demand in China for its products.

“In the medium to long-term we see huge demand. The retail demand is still there in China,” he said.