Following the UK Government’s decision to impose a contract on junior doctors in England, the BMA has voted to ballot its junior members in England for industrial action. Aian Lite reports 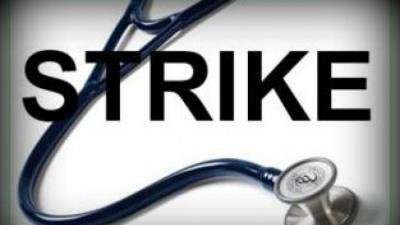 Doctors are deeply concerned with the new contract for trainee doctors being imposed on us by the government.

This new contract increases doctors ‘normal’ working hours from 7am to 7pm Monday to Friday to 7am to 10pm Monday to Saturday. But the new ‘normal’ working hours the government has suggested would also see doctors pay cut by an average of 30%. “Just imagine that situation, where your pay has increased at a rate below inflation for the last 5 years (effectively a pay cut for 5 years in a row) and now you’re facing another 30% wiped from your earnings,” doctors ask in their strike call petition.

Doctors say they leave medical school having studied for 5-6 years, with £60,000 – £100,000 of debt. They pay ridiculous amounts in fees and annual memberships each year (GMC membership £400, online portfolios £200, thousands for exams, thousands for compulsory courses to allow us to continue our careers, all of which to start on a salary of £22,636, with further cuts proposed).

Dr Matthew Egan, asks does this sound like an attractive career?
With more and more medical school applicants being post-graduate students in their mid-20s, (some who have families to support), this has become a completely unfeasible career choice for a lot of people, he says.” We already work far more hours than we are contracted to do. We do this for free because we feel guilty for taking a lunch break, or we stay late to care for sick patients. We miss family weddings, Christmas’ and other important events because people don’t just get sick during normal hours, and this is accepted,’’
The NHS is already on thin ice, and this will force more doctors to leave their careers, or move abroad. This is why doctors  feel they are forced forced to strike.
Liverpool based Dr Anupama Shrotri whicle appealing to doctors to sign the petition to support industrial action and strike says on her Facebook wall , “I wholeheartedly support the junior doctors. Never heard of such draconian cuts anywhere else! Nobody should stand for it. Jeremy Hunt needs to think or get better advisers. The current ones are a joke!”