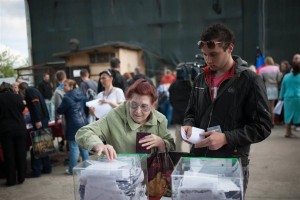 Thousands of Labour leadership ballots will be reissued on Tuesday as concerns over missing voting slips triggers calls for the results to be delayed.

The party has been forced into the emergency move less than three days before voting ends after a wave of complaints from supporters who have not received their ballot, reports The Telegraph

Shabana Mahmood, shadow chief secretary to the Treasury and co-chair of Yvette Cooper’s campaign, is understood to have only received her ballot on Friday.

Aides on Labour leadership campaigns said members of their staff and grandees backing candidates are also still waiting to get their ballots despite just days remaining to vote, adds the Telegraph report.

The new wave of ballots will be sent on Tuesday. Those issued by post are likely to land on doorsteps on Wednesday, leaving voters just hours to return them in time for the noon Thursday deadline.

A source on one of Mr Corbyn’s rivals campaigns encouraged people to vote online to ensure their choices are received in time.

It comes after a senior figure on one of the Labour leadership campaigns told the MailOnline that the contest should be delayed for three days over the concerns. “There are genuinely lots of people who haven’t had their papers. It’s significant and if the result is close there will be huge problems. It could decide the result,” the source reportedly said.

Voting in the Labour leadership contest closes at noon on Thursday, with the result to be announced around 11.30 on Saturday at a special conference in central London.

In recent days there has been anecdotal evidence that some voters are yet to receive their ballots, but the scale of the problem has not yet been known.

A Labour source said those complaining of missing ballots may have had their voting slips lost in the post or blocked by spam filters.

They added that a “big reshoot” of ballots will happen on Tuesday to those who have complained over missing ballots, adding they would have time to vote before the deadline.