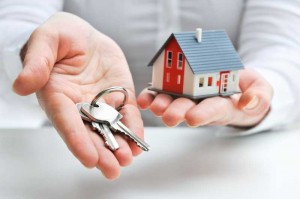 Plans by the Government to force landlords to carry out extra checks on a tenant’s immigration status – or risk a £3,000 fine – risk “everyday racism” and could lead to “widespread discrimination”, Labour has warned, says a Birmingham Mail report.

The Immigration Bill, which will be debated by MPs, would make renting out accommodation to illegal immigrants a criminal offence – and follows a pilot scheme in the West Midlands.

Writing in the Independent On Sunday, Mr Burnham described the Bill as “disproportionate, divisive, deceitful”.

It includes the Right to Rent scheme, which was trialled in the West Midlands last year and requires landlords to check the immigration status of prospective tenants, such as seeing their visa or passport.

According to the Joint Council for the Welfare of Immigrants, more than 40 per cent of landlords who took part in the pilot said the scheme had made them less likely to rent a property to someone who did not have a British passport, while more than a quarter said they were reluctant to engage with people with foreign names or accents.

Mr Burnham said the Bill “seeks to propagate immigration myths rather than slay them”.

He said: “In practice, it could end up making Britain a more hostile place for anyone with a foreign-sounding name.”

Society has moved on since the 1960s, Mr Burnham added, when landlords displayed discriminatory signs in their windows.

He said: “But the new document checks could become the modern equivalent of the ‘no dogs, no blacks, no Irish’ signs and, by being more insidious, such casual discrimination will be far harder to challenge.”

Mr Burnham also claimed the plan contradicts Prime Minister David Cameron’s recent speech at the Conservative Party conference, in which he highlighted the problems young people from black or Asian backgrounds looking for work face by repeatedly having their CVs rejected.

He said: “If he truly believes what he was saying, why on earth is he about to legislate to make the same everyday racism far more likely to happen in the housing market?”