LEICESTER is getting set to flick the switch on the country’s biggest Diwali celebrations, which will begin with the illumination of more than 6,000 lights this weekend (Sunday November 1). Asian Lite reports 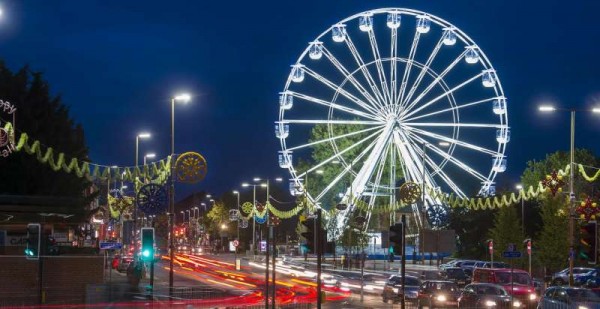 From 5pm the city’s busy Belgrave Road will be transformed into a pedestrian-friendly arena where it will host Indian dancing, music and dhol drumming, building up to the switch-on of the Diwali lights at 7.30pm.

At the same time, a unique fire garden containing flaming fire sculptures and fire-jugglers will be created on the nearby Cossington Street Recreation Ground, which will be the setting for a spectacular firework display from 8pm.

Visitors to the park will also be able to use torches, phone-lights or glow-sticks to draw or write a Diwali message on a giant inflatable screen, where through the wonders of technology they will be transformed into ‘digital sparklers’.

Leicester has been marking Diwali with official celebrations on Belgrave Road 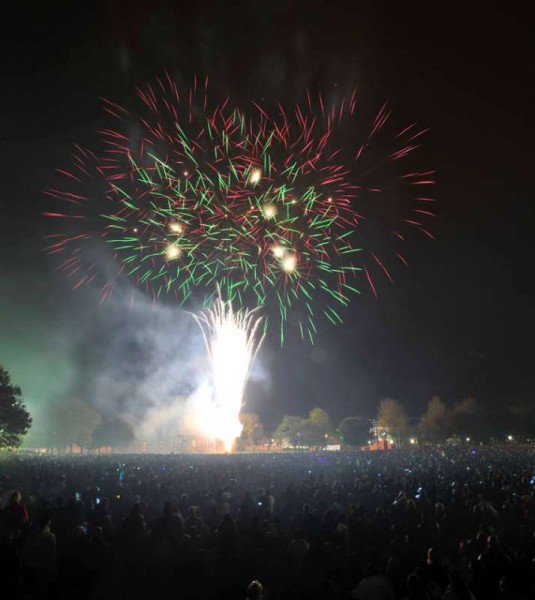 since the city council put up its first simple, illuminated festoon of flights between Loughborough Road and Dorset Street back in 1983.

Now the lighting display stretches for more than 1,000 metres along the city’s Golden Mile, and this year for the first time the celebrations will last for two weeks and be extended right across the city.

A major new addition to this year’s event is the Wheel of Light – a 100-foot illuminated Ferris wheel, which is taking pride of place on Belgrave Road until Sunday November 15.

The glittering wheel is one of the tallest rides of its kind currently travelling the UK, and thought to be one of only three in the country. 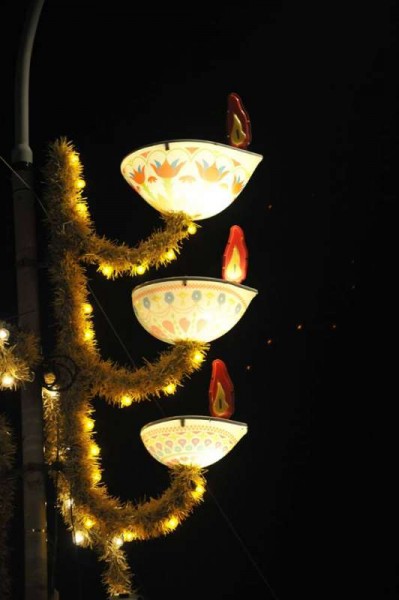 Other new activities taking place during the festival include an Indian Summer Diwali Parade through the city centre, live Rangoli at the Clock Tower with international Rangoli artist Janak Chauhan, and a Diwali Mela Bazaar on Humberstone Gate West.

Leicester’s Curve Theatre and Phoenix Cinema will be hosting Diwali-themed events during the fortnight, and there will also be Indian cookery demonstrations on Leicester Market, an art exhibition at the Peepul Centre, and Indian dance at half-time at Leicester City’s King Power Stadium.

Cllr Piara Singh-Clair, asst city mayor for culture, leisure and sport said: “Diwali is always a fantastic time in Leicester, but this year it will be bigger and brighter than ever.

“For anyone who’s never experienced Diwali before, I hope that you will join us in Leicester to take part in our celebrations and enjoy the festival of light.”

Diwali Day on Wednesday November 11 will be marked with more entertainment on Belgrave Road starting at 6pm, followed by fireworks on Cossington Street Recreation Ground from 8.30pm. 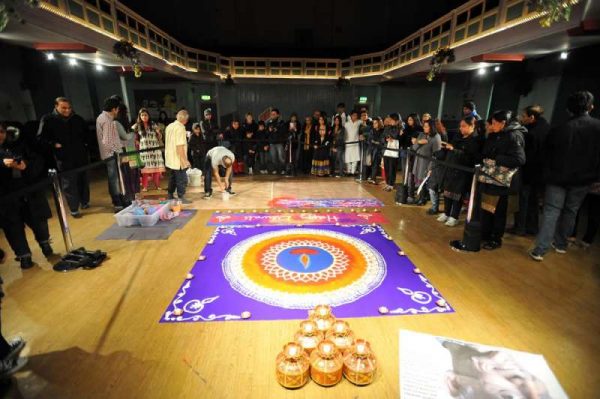 Ride site to Abbey Park Road for the switch-on and Diwali day events. More information on travelling to and from the event is available at chosehowyoumove.co.uk

Diwali is a religious event celebrated mainly by Hindus, Sikhs and Jains. In Leicester, it brings together people of all faiths to enjoy the colours, lights and music that are a key part of the celebrations. Already said to be one of the biggest Diwali events outside India, Leicester’s celebrations  attract more than 35,000 people to the Belgrave Road for the switch-on of its lights, and for the Diwali Day event. 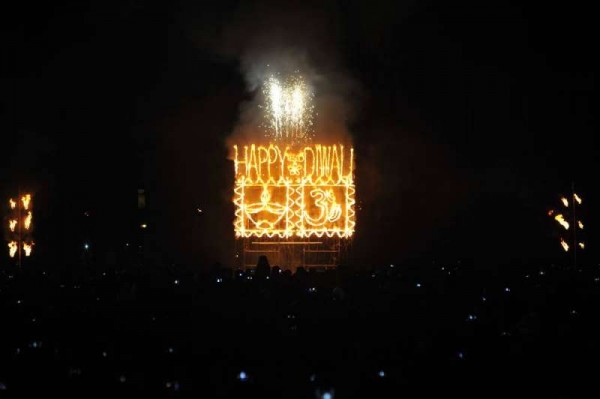 The Wheel of Light is open from 1pm to 9pm from Sunday to Thursday, and 1pm to 10pm on Friday and Saturday. Tickets cost £5 for adults, £4 for students, pensioners and children under 1.4m, or £15 for family tickets covering two adults and two children, or one adult and three children.

It will move to Leicester’s Jubilee Square in time for the switch-on of Leicester’s Christmas lights on Sunday November 22. For more information and to see the full Diwali Leicester programme, go to www.visitleicester.info/diwali