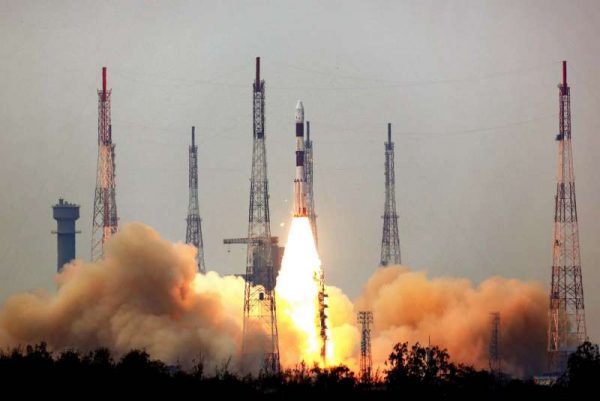 Researchers from the University of Leicester have been involved in the development of the first ever Indian satellite dedicated to astronomical observations, including of black holes, launched from the Satish Dhawan Space Centre at Sriharikota in South-East India September.

Astrosat, launched by the Indian Space Research Organisation (ISRO), is designed to make studies of the ultra-violet, optical, low and high-energy X-ray emission from celestial objects at the same time and will be particularly useful at measuring the time variability of compact sources such as neutron stars and black holes, including the supermassive black holes at the centre of galaxies.

The satellite’s instruments have been built by a consortium of institutes in India (the Tata Institute for Fundamental Research (TIFR)), Mumbai, the Indian Institute for Astronomy (IIA), Bengaluru and the Indian Universities Centre for Astronomy and Astrophysics, (IUCAA), Pune in addition to ISRO, the Canadian Space Agency and the University of Leicester in the UK.

The team from the University of Leicester’s Department of Physics and Astronomy, led by Dr Gordon Stewart, has assembled a sensitive CCD camera for the Soft X-ray Telescope (SXT) constructed by a team led by Professor K. P. Singh in TIFR, Mumbai who have also provided the data processing electronics.

Dr Stewart said: “It has been an exciting opportunity to be part of the Astrosat team. We look forward to collaborating in analysing the high quality data Astrosat will provide.”

Astrosat weighs almost 1.5 tonnes and will carry 4 co-aligned telescopes observing over a very broad range of the electro-magnetic spectrum from the visible, optical range through the far ultra-violet to high energy X-rays.

In addition there will be an instrument monitoring the sky for bright transient phenomena.

Professor Paul O’Brien, Head of the University of Leicester’s Department of Physics and Astronomy said: “Astrosat has unique capabilities to enable the study of black holes and other powerful energy sources in the Universe.”

By studying the time and spectral dependence of the emission astronomers hope to gain a better understanding of the material around the black hole and how it is falling onto or being driven away from the massive object, making ‘black’ holes some of the brightest objects in the Universe.