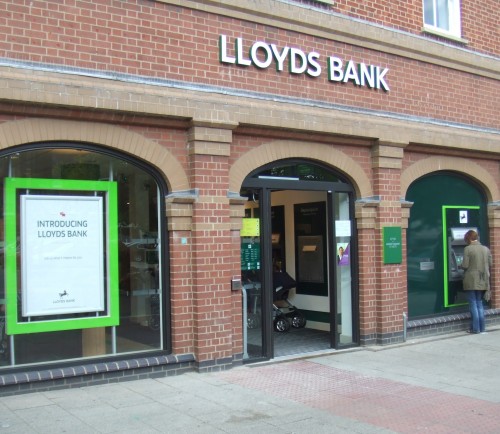 It is the latest fine imposed on the bank, in which the taxpayer still holds a 19% stake reports BBC.

Earlier this week, the government said it would launch a Lloyds share sale to the public “in the next 12 months”.

Last year, Lloyds was fined £218m by the Financial Conduct Authority (FCA) and US regulators for its part in the rigging of international banking lending rates.

The latest fine relates to the way in which Lloyds advised its own complaint handlers to deal with customer demands for PPI refunds.

The FCA said the bank dealt with 2.3 million PPI mis-selling complaints between March 2012 and May 2013. Lloyds rejected 37% of those complaints out of hand.

Call centre staff in March 2012 were advised that the bank’s sales processes were compliant with regulations and that they were to deal with complaints on this basis unless otherwise informed.

As a result, the FCA said “a significant number of customer complaints were unfairly rejected”.

The mis-handling of complaints first came to light as a result of an undercover investigation by journalists from the Times newspaper, although the FCA was already investigating the bank over perceived failures in PPI complaint handling.

Earlier this year, Lloyds said it had decided to freeze the release of shares in respect of deferred bonus awards from 2012 and 2013 for all members of its executive committee and for some other senior executives as a result of the FCA’s investigation.

The bank said today that a total of £2.65m in bonuses would be forfeited by those executives.

The FCA said the bank had decided to review or automatically uphold approximately 1.2 million PPI complaints.