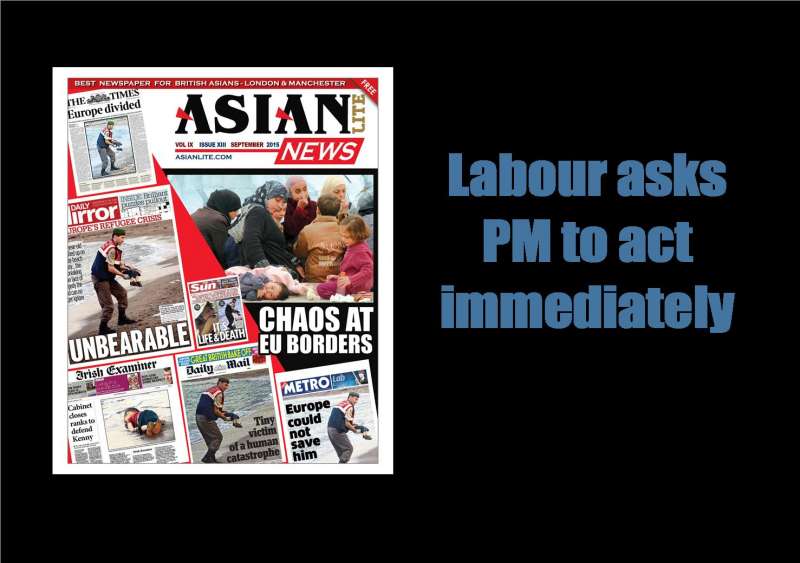 Cooper, the Labour leadership contender,  said councils had replied within 24 hours to her request for each to accept 10 families, BBC reported.

The Local Government Association said it was vital public services were given the right resources to support this.

Councillor David Simmonds, from the Local Government Association, told BBC Radio 4’s Today programme: “The big challenge is that there’s been a lot of well-publicised pressure on our public services, school places, hospital access, housing – in many parts of the country.

“We need to make sure that if people are going to be moved to the UK, that we’ve a clear idea of what the cost is going to be, to provide the public services that they expect when they come here.”

Mr Simmonds said councils in England were already supporting 2,000 unaccompanied refugee children at a cost of £50,000 each year per child.

A further £150m a year was being spent on destitute families whose asylum applications had been turned down, but who remained in the UK, he added.

Ms Cooper said it was up to the government to work with local authorities to ensure as many people as possible were helped, BBC reported.

She said: “There is a real determination and rising sense of moral purpose across Britain to help desperate families. But now the prime minister needs to match it.”
Ms Cooper also reiterated her plea for the UK to take in 10,000 Syrians.

An exact figure on how many people the UK will take in is yet to be decided, but the prime minister made it clear the extra refugees would come from camps bordering Syria, and not from among those already in Europe.

On Friday, during a visit to Portugal and Spain, Mr Cameron said the UK would act with “our head and our heart” on a major expansion of the programme to resettle vulnerable refugees from the camps bordering Syria.

He said the scheme would avoid the need for the refugees to make hazardous attempts to cross the Mediterranean into Europe, which has seen thousands perish in recent months.