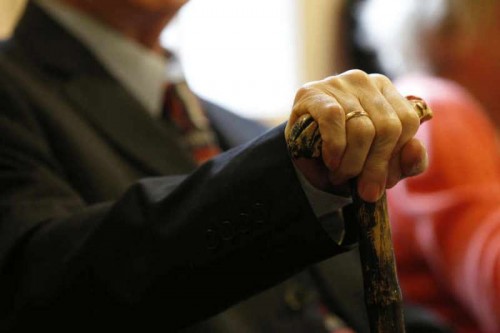 Loneliness and isolation were the most widespread social problems in England, afflicting wealthy and deprived sections alike, the country’s clergy said in a survey.

According to the survey published by the Church Urban Fund and the Church of England, social isolation was listed as a more common problem than unemployment, homelessness and poor housing by the 1,812 clergy who took part in the survey, the Daily Telegraph reported.

The number of clergy who, in fact, felt social isolation to be a major problem in their area rose by 10 percent over the past three years, the report revealed.

In London, nearly three quarters of the clergy said that social isolation was a major, or significant problem in their community, compared with 61 percent in east England and 58 percent in the southeast.

A separate survey last year found that five million people in Britain have no close friends, and most people have far more contact with bosses and colleagues than friends and family.

However, despite people spending more time in office, or on emails, more than four in 10 said that they had no real friends at work, the survey showed.

Loneliness, in fact, is not restricted to the elderly and infirm, research has found, with young people also feeling isolated despite being seemingly connected to the world through technology and social media.

“We see, through our work all around this country, the damage that loneliness and isolation brings to people’s lives,” Paul Hackwood, executive chair of Church Urban Fund, said.

“It is fantastic to see the difference that churches are making in local communities, rebuilding hope and growing meaningful relationships,” he added.