Lord Richards of Herstmonceux a former Chief of the Defence Staffsaid extremism is a “real threat” to the world. 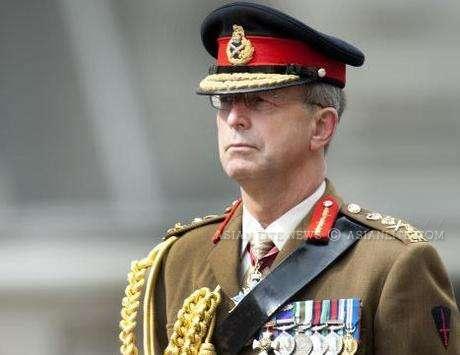 Lord Richards  condemned politicians and said Britain must stop “sleepwalking” and prepare to tackle Muslim extremism seriously. The situation was is similar to the Nazi threat during the Second World War, Lord Richards warned while speaking at Chalke Valley History Festival, where he was interviewed by historian Brigadier Allan Mallinson.

He said a “hell of a lot of damage” is going to be wreaked by ISIS in the coming years. Lord Richards argued that the armed forces risk being left “on the back foot” by leaders who fail to plan properly.

“I think the problem is that we have not seen that we need to approach this issue of Muslim extremism as we might approach World War Two back in the 30s,” he said.

“This is a real threat to us and we’re sleepwalking in the way we’re approaching it.”

“We do not have a generation,” he said. “In that generation, even in ten years, a hell of a lot of damage is going to happen and it will continue to draw all sorts of people into their ranks and get stronger and stronger.

“It needs to be dealt with and it is an existential threat to all of us.”

“I’m not necessarily advocating the use of a British armoured brigade and all that implies, but it means a much more comprehensive military strategy that will much more quickly deal with ISIS,” he said.

Lord Richards emphasised that he did not believe that there was anything in the religion of Islam to encourage extremism, but that “0.1 per cent” of followers had been drawn to a cause and organisations they consider “successful”, reports The Telegraph.