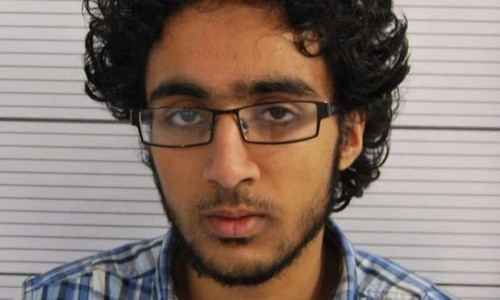 A young British Muslim was sentenced six years’ imprisonment by a court for trying to travel to Syria to join Islamic State, local media reported.

Zakariya Ashiq, 20, from Coventry, was found guilty on two counts of preparing acts of terrorism at the Old Bailey, the Central Criminal Court of England and Wales, in London, Xinhua reported cited local media.

Ashiq left Britain on November 6, 2014 and made his way via Amsterdam, Frankfurt and Bulgaria to Jordan.

He was arrested at Heathrow Airport on November 20 after he failed to cross the border from Jordan to Syria.

Although Ashiq had admitted trying to cross into Syria, he claimed he had no choice but to leave the UK because he was being “pestered” by MI5, and had been “waterboarded” on several occasions by men in balaclavas who bundled him into a white van.

During the trial, his version of events was described as a “fantastical tale” by his own lawyer.

Judge Charles Wide QC rejected the argument that Ashiq, from Coventry, was naïve in his intent to fight as an Islamic State militant – and during sentencing, said “it would not be right to see (Ashiq) as some sort of victim” reported Sky News.

Describing the defendant as a “fanatic”, the judge continued: “He cannot have disapproved. He went to fight for them. He is extremely skilful at downplaying his true commitment.”