ONS reveals that nearly one in four jobs outside of London pay less than the living wage. Asan Lite reports 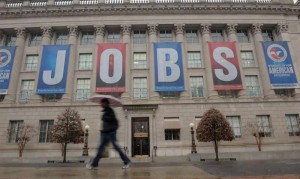 The pay level suggested for an adequate standard of living. Some 23% of jobs outside London paid less than the living wage in 2014, compared with 19% in London, the Office for National Statistics said.

This wage is set by the Living Wage Foundation and Mayor of London.

The living wage rates have since been increased to £7.85 an hour outside London and £9.15 in London, and are expected to be uprated next month, says a BBC news report..

The ONS figures show that the proportion of jobs paying below the living wage has grown.

In accommodation and food services in 2014, an estimated 65% of jobs paid less than the living wage in London and 70% in the rest of the UK.

On a local level, west Somerset had the highest proportion of jobs paying below the living wage, at 41.9%. Runnymede had the lowest proportion, at 8.5%,

A spokesman for the Living Wage Foundation told BBC news: “Despite significant progress in many sectors, more jobs than ever are below the voluntary living wage rates that we recommend.

“These figures demonstrate that while the economy may be recovering as a whole, there is a real problem with ensuring everyone benefits, and low pay in still prevalent in Britain today.”

The living wage is a voluntary code – different from the national minimum wage, which stands at £6.70 an hour, and the new National Living Wage announced by the government of £7.20 an hour which will come into force for over 25-year-olds in April.

There are more than 1,800 accredited living wage employers in the UK, with 200 having agreed to pay at this level in recent months.