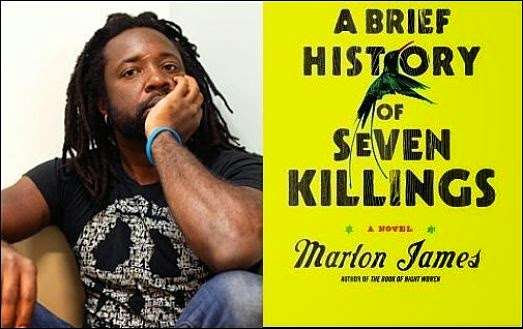 Jamaican author Marlon James has won the Man Booker Prize for his novel inspired by the attempted assassination of Bob Marley in the 1970s, BBC reported.

Michael Wood, chair of the judges, described A Brief History of Seven Killings as the “most exciting” book on the shortlist.

James was the first Jamaican-born author to be shortlisted for the prize. A Brief History of Seven Killings is his third novel.

The 680-page epic was “full of surprises” as well as being “very violent” and “full of swearing”.

James was announced the £50,000 winner on Tuesday night at London’s Guildhall.

The 44-year-old author was presented with his prize by the Duchess of Cornwall. Set across three decades, the novel uses the true story of the attempt on the life of reggae star Marley to explore the turbulent world of Jamaican gangs and politics.