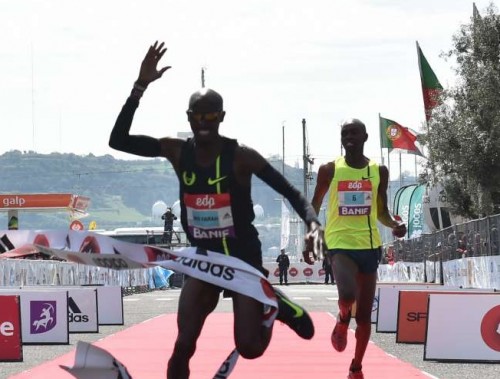 Mo Farah missed two drugs tests before he went on to become a double gold medallist at the 2012 Olympics, a newspaper has claimed.

According to the Daily Mail, Farah’s first missed test appears to have been in early 2010, months before he joined Alberto Salazar’s Nike Oregon Project reports BBC.

The Mail says the second one came at Farah’s home in February 2011, when he claimed not to have heard the doorbell.

Salazar is accused of doping Galen Rupp in 2002 but denies the claims.

Allegations Salazar practised doping techniques on US runner Rupp were made in a BBC documentary called ‘Catch me if you can’ produced by Panorama and US investigative journalism specialists ProPublica.

Rupp has denied allegations in the programme that he was given the banned anabolic steroid testosterone by Salazar as a 16-year-old.

The documentary made no suggestion that middle distance runner Farah, 32, has been involved in doping.

At the time, UK anti-doping (Ukad) rules stated that an athlete who missed three tests in any 18-month period (now 12 months) could face up to a four-year ban.

That meant Farah could have been ruled out of his home Olympics with one more breach of the rules.

The Mail claims to have had access to legal documents showing Farah and his team appealed to Ukad over his second missed test.

Ukad accepted that “intent and negligence are not the same thing” but, according to the Mail, added it was clearly Farah’s “own fault” he had missed the second test.

The Mail claimed further correspondence showed Salazar had warned Farah on 5 May, 2011: “If you miss another test, they will hang you.”