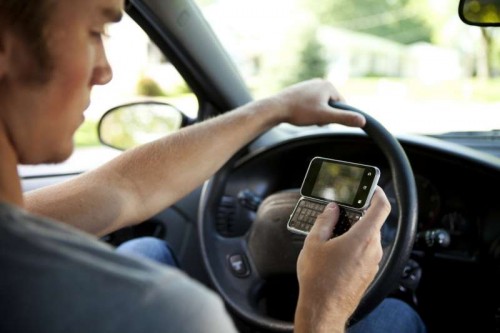 Fines for using a mobile phone behind the wheel on Britain’s roads are set to be doubled.

In a crackdown on dangerous driving, Whitehall chiefs want to hit those who talk or text while driving with a £200 on-the-spot penalty.

Civil servants are reportedly drawing up plans to increase the fines, which were put up from £60 to £100 in 2013 but have failed to curb the number of offenders reports Mirror.

You can get an automatic fixed penalty notice if you’re caught using a hand-held phone while driving or riding. You’ll get 3 penalty points on your licence and a fine of £ 200. Your case could also go to court and you could be disqualified from driving or riding and get a maximum fine of £1000.

Shock figures out earlier this year from the Department for Transport suggested 500,000 motorists a day were still flouting the rules.

A government source said: “The penalty was raised from £60 to £100 but it has turned out that is not enough.

“It has not proved a deterrent.”

In contrast, road policing numbers have been slashed by nearly a quarter since 2010 thanks to government budget cuts.

In another bid to make the roads safer, ministers have also suggested a radical redesign of lorries and HGVs to include glass doors so drivers can better see cyclists riding next to them.

Older lorries would need to be fitted with sensor systems or cameras to give them better visibility.

And tomorrow sees the end for the paper counterpart of UK driving licences.