Modi’s visit to Britain is the first bilateral visit by an Indian prime minister in nine years after Manmohan Singh’s visit in 2006….reports Asian Lite News 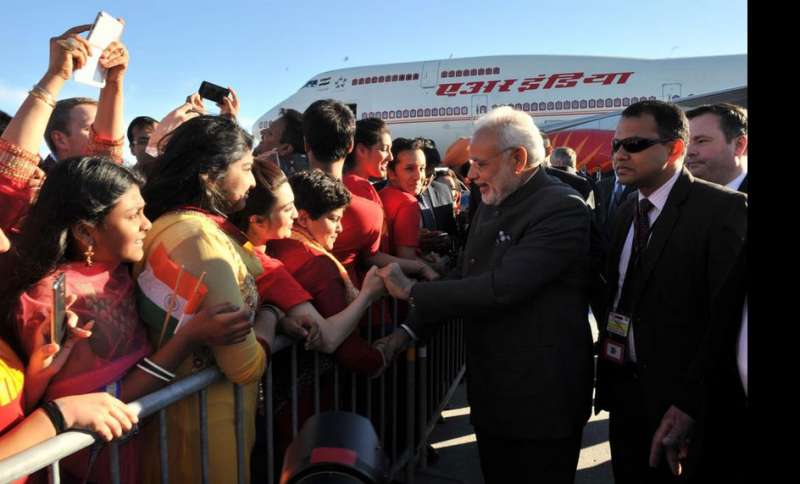 Investment and defence will be the key sectors that will be in focus during Prime Minister Narendra Modi’s three-day visit to Britain starting today while the issues of climate change, black money and IMF quota reforms will be taken up by India at the G-20 summit in Turkey immediately thereafter.

Modi’s visit to Britain is the first bilateral visit by an Indian prime minister in nine years after Manmohan Singh’s visit in 2006. Singh visited Britain in 2009 to attend the G-20 summit.

“UK is one of the fastest growing G-7 economies and is home to a strong financial services sector,” Modi stated in a series of Facebook posts ahead of his visit. “I see immense scope for our economic and trade relations to improve and this will benefit both our economies,” he added.

Addressing a pre-departure media briefing on Tuesday, Foreign Secretary S. Jaishankar said that India and Britain are leading investors in each other’s countries. “Our ballpark figure for UK investments in India is in excess of $22 billion. It amounts to 9 percent of the current FDI level in India,” he said.

He said that the working assumption on Indian investments in Britain was around $500-600 million per year for the past few years.

“We have 122 FDI investments in the UK. We are a significant job creator there,” Jaishankar said.

Terming Britain a significant trade partner of India, he said that “we have almost $18 billion worth of trade”.

“We have trade in services of $4 billion-plus,” the foreign secretary said.

“We have a very robust partnership in science and technology, education, healthcare, culture. We have 800 Indian companies operating in the UK,” he said, adding that several business agreements will be signed during the course of the visit.

The prime minister would also interact with CEOs at a roundtable in London.

“My message to the business community is clear – come, make use of the opportunities India is offering and invest in India,” Modi stated on Facebook.

Defence is another area of bilateral cooperation that will be in focus.

“We have traditionally been cooperating extensively on defence and security issues and this visit will build on strong ties. Defence manufacturing will be a prime focus in my talks,” Modi wrote. 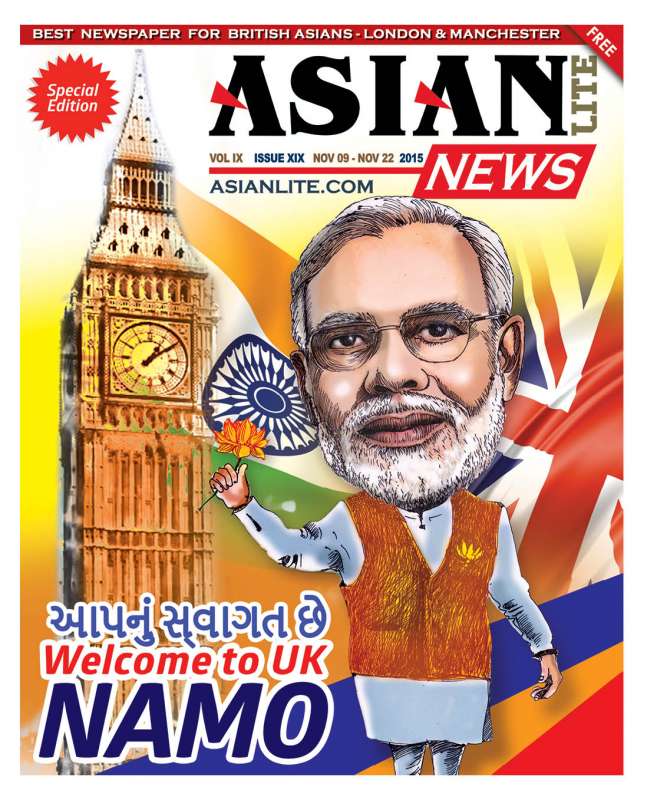 According to Jaishankar, government-to-government discussions will be held between Modi and British Premier David Cameron. This will be the third meeting between them after the G-20 summit in Brisbane in November last year and the UN General Assembly session in September this year.

“This will be both at 10, Downing Street, and the Chequers (the country house retreat of the British prime minister),” Jaishankar said.

Modi will also address the British Parliament, which according to the foreign secretary, will be the first by an Indian prime minister. He will be hosted for lunch by Queen Elizabeth II at Buckingham Palace, a signal honour.

“I will address the City of London at an event at The Old Library, Guildhall. There will also be a visit to the Jaguar Land Rover factory at Solihull,” Modi wrote on Facebook.

At 1.5 million, India has one its largest and most visible diasporas in Britain. In his by now trademark public interactions with the Indian diaspora, Modi will address around 70,000 people of Indian origin at the iconic Wembley Stadium in London.

But the visit no doubt will be shadowed by the defeat of the Modi-led NDA alliance in state elections in Bihar, India’s second most populous and one of the politically most conscious states, in which Modi personally invested a lot of political capital.

The prime minister’s itinerary also includes paying homage to the statue of Mahatma Gandhi near the British Parliament, visiting the house where the father of India’s constitution, Babasaheb Ambedkar, lived in while studying at the London School of Economics in 1921-22, and unveiling a bust of 12th century scholar, philosopher and statesman Basaveshwara on a bank of the Thames river.

Following the conclusion of his visit to Britain, Modi will leave for Antalya in Turkey on November 14 to attend the G-20 summit.

“This summit is being held at a critical juncture, just after the adoption of Sustainable Development Goals agenda at the United Nations, and just before discussions on climate change at COP (Conference of Parties)-21 in Paris on November 30-December 1,” Modi stated.

“During the summit, we will review the progress on decisions taken at the Brisbane Summit and take up issues of climate change, terrorism, refugees, weak growth in global economy, strategies for growth and employment, investment strategies, trade, energy and financial sector resilience.”

Arvind Panagariya, vice chairman of the NITI Aayog and India’s sherpa for the G-20 summit, told the media on Tuesday that India would also take up the issues of reducing transaction costs of remittances, black money, and countering terrorism.

The prime minister will return to India on November 16.