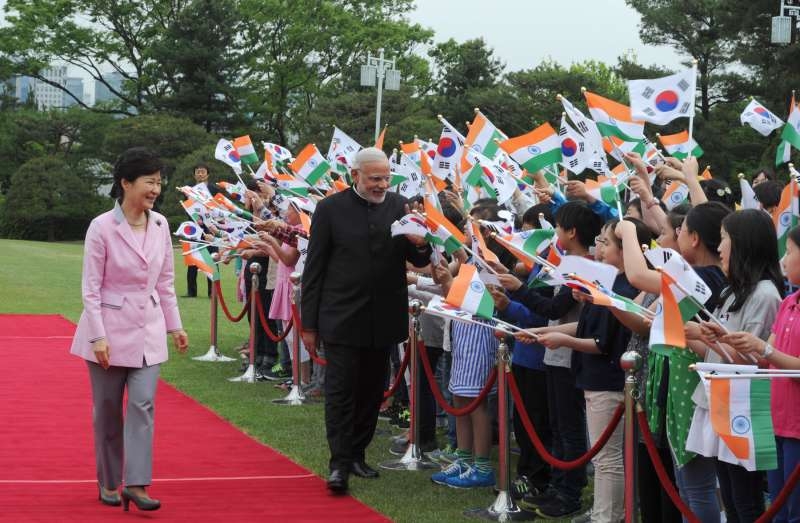 Sources close to the prime minister said Modi will arrive in London during the second week of November prior to attend the G20 leader’s summit in Antalya, Turkey. The prime minster’s schedule includes meeting with the Queen and British Prime Minister David Cameron.

Modi’ss visit to UK is the first by an Indian prime minister since 2006. The last prime ministerial visit to that country was by Manmohan Singh in 2006. Since then, UK-India relations have plateaued, but now they are expected to be reinvigorated by Modi’s forthcoming visit. No major agreement has been signed between the two countries in recent years.

Foreign secretary S Jaishankar was in London for two days this week to meet British representatives and prepare the groundwork for the November visit. The dates of the visit, however, are yet to be finalised, the Hindustan Times reported.
During the visit, the two prime ministers are likely to announce the ‘twinning’ of some British and Indian cities, particularly in the context of the Indian government’s plans for ‘smart cities’. Currently, Rajkot is ‘twinned’ with Leicester, which has a large population of Gujarati-origin people.
Contributing to the Modi government’s ‘skills’ agenda and participating in efforts to clean the Ganga are expected to figure on the agenda.

Modi is likely to reiterate India’s demand to clamp down on anti-India forces functioning and raising funds in Britain, and the extradition of individuals such as Tiger Hanif, Ravi Shankaran and Raymond Varley.
Since 2006, British prime ministers have visited India four times (Gordon Brown in 2008 and David Cameron three times), reflecting something of a ‘one-way traffic’. The 2004 Joint Declaration between the two countries envisaged annual summits.
There was much uneasiness in British circles when Modi chose France as the first European country to visit (in April), but it was largely overtaken by the campaigning before May 7 general elections in Britain.
Cameron, who met Modi in Australia during the G20 meeting in October last, has often declared his eagerness to welcome Modi in London. His government (2010-15) had reversed the previous Labour government’s decision to boycott Gujarat after the 2002 riots in the state.

Cameron was among the first to congratulate Modi on his landslide election victory and had “promised to engage with his government with open arms”.

Cameron said he was open to working with the Hindu nationalist leader who was boycotted by Britain for over a decade.
Britain had imposed a diplomatic freeze on Modi for 10 years over the anti-Muslim riots in his home state of Gujarat in 2002.

The British Press has been divided over Modi with many calling him “India’s most polarising politician”.

Defending Modi, Cameron had said “In the last 12 months, there have been significant developments in the legal process following the 2002 Gujarat riots, including convictions in a number of high profile cases. We believe that closer engagement with Gujarat, including Modi, is now the best way to achieve our wide-ranging objectives there – including on human rights – and ensure that the UK can provide a full and consistent range of services across India”.

The longest serving Indian origin MP in UK Keith Vaz recently called Modi a rockstar and told TOI “Prime Minister Modi has done incredibly well in a short space of time. For the diaspora community, he is a rockstar, and he has undoubtedly raised international interest in Indian politics and its leadership. If he follows through with his bold economic proposals and ambition on the world stage, he can make India a true power”.

Countering why Modi didn’t visit UK earlier even though he has travelled to over 15 countries since taking over office, Vaz said “He had rightly decided that, during the period before the General Election, it was best that he didn’t visit the UK. It would not have been appropriate given the importance of the Indian diaspora vote in Britain. Should the new government keep up their positive record of engagement between UK and India and confirm Modi’s first official visit, they would have done very well for the Anglo-Indian relationship”.