To a casual visitor, this province of Brussels may look like any other – a bit run down in parts, but largely having the glass-fronted stores, cafes and bars visible in most other places across Europe. The distinction though is the dress of choice among many women. Everywhere, you see the hijab, not unlike in an Arab nation. But this is Brussels, the capital of Belgium, the headquarters of the European Union in the heart of Europe.

Molenbeek Saint-Jean, a province or municipality of the capital with about 100,000 residents and an area of 5.9 sq km, has earned the notorious epithet of “terrorist hub” as three of the attackers who killed 130 people in Paris a month ago came from here.

Several other terrorist attacks have been traced to this area, including the one in Madrid, Spain, where bombs in a train killed 181 commuters. The bombs were planted by Al Qaeda-inspired militants who had lived in Molenbeek. Ahmed Shah Masood, the leader of Northern Alliance in Afghanistan, was killed by a Taliban supporter who had lived here. Several smaller attacks were found to be led by persons who lived in Molenbeek.

So why has the province produced more than its fair share of jihadists?

“The youth in the area do not have much work and some of them may seem to be attracted to jihadist thinking,” Johan de Becker, Police Chief of Brussels West, said. Brussels West has jurisdiction over Molenbeek and five other provinces.

He said the local police knew some of the men who were involved in the attack in Paris, but only as “petty thieves”, not as major criminals.

The police chief said that the Paris attack had made them realise the need for greater police presence, especially those with an Arabic background. Becker said that police recruitment at present is done nationally and Arab-origin people in Molenbeek find it difficult to join, especially since education levels among them are low. “We are asking that recruitment rules be changed and more money allocated for police,” he said.

Molenbeek has almost 40 per cent population of Moroccan origin. In the fifties and sixties, when Belgium needed workers for its coal mines, it looked at Morocco to bring in young, hardworking people. They came in their hundreds for the mines and later for subway construction. Their families followed. Most of them lived in small apartments in the area.

In the last two decades, the economy of the area turned for the worst and there have hardly been any employment opportunities.

“For several years, the political leaders ignored the need for measures to prevent jihadist thinking from taking hold. We did not give enough support to Muslims from Morocco which I think is important,” Francoise Schepmans, Mayor of Molenbeek, at the City Hall, said.

She said that lack of education among young Moroccans reduces their chances of finding a job and many were on welfare support which often led to frustration. Some of the informal mosques, in residential areas, may be centres of jihadism, she said, although the main mosques — there are 25 of them — are not a problem. But she objects to the whole of Molenbeek being called a “terrorist hub”.

“We, of course, need more control on what goes on in informal mosques,” she said, adding they also needed more money for education, for community services, for outreach programmes and for making youth part of society.

The Townhall where the mayor sits is just across from where two of the terrorists lived. Ibrahim Abdeslam, who blew himself up in Paris, was heavily into religion and was a regular mosque goer, said Nasih Atiq from Pakistan who works in his brother’s shop La Maison du Saree or House of Sarees nearby. He said he used to see Ibrahim quite often but did not talk to him.

Ibrahim’s brother, Salah Abdeslam, who is absconding and who rented a car in Brussels that was said by police to have been used for carrying the gunmen that killed 89 persons in the Bataclan concert hall, lived just next to the House of Sarees. According to Nasih, he saw him almost on a daily basis before the attack. “He was like any other young man in the area. He was not religious at all and used to love riding his motorcycle,” said Nasih.

He said for the first few days police were everywhere in the area and the houses were sealed and neighbours questioned. But a month later everything appears to have returned to normal with no police personnel in sight. What has not come to normal is the business. “It may be limping back, but customers are still not coming in full force,” says Danish Atiq, Nasih’s brother and proprietor of the two saree shops in Molenbeek.

Most of his clients are Moroccans and just because a few oddballs had turned out to be terrorists, it doesn’t mean people should condemn the whole province, he said.

He found it to be a failure of federal police that the mastermind of Paris attacks like Abdelhamid Abaaoud, who lived in Molenbeek and who had gone to Syria and returned, was not tracked. “When you have people coming back from Syria, what are your intelligence services doing?” he asked.

Hassan Rahali, a Molenbeek Council member, echoes sentiments that giving the province a bad name would not solve anything. “A very, very small group of people are radicalised and the authorities know about them. Why did they not act earlier?” he said.

Rahali, who is of Moroccan origin and is a second generation Belgian, says that those who were involved in the Paris attacks were “radicals taking the name of Islam, not Islamic radicals”.

Noting that there were 40,000 or so people of Moroccan origin in Molenbeek, he asked: “Can you say they are radicals? Look around you, life is normal here. This is not terrorist country.” 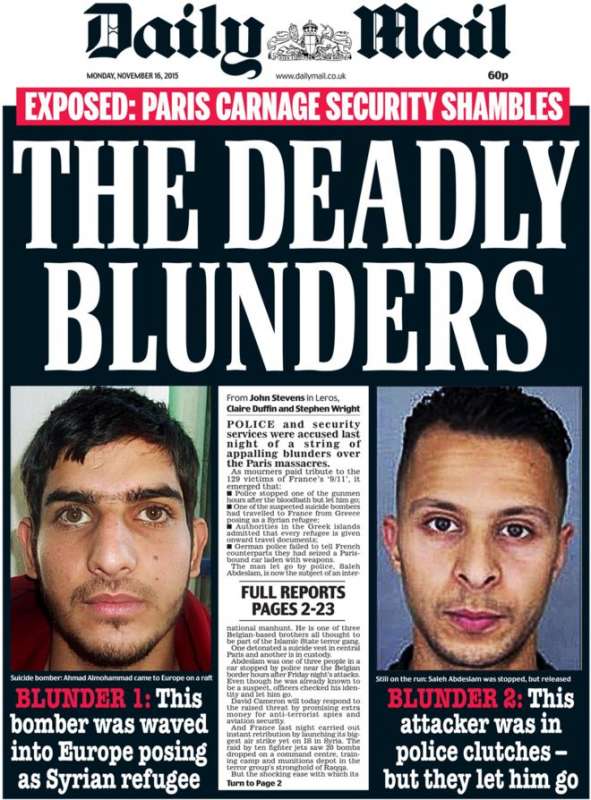 “The radicals are the failures of the state,” he said, pointing out that they had very little help by way of education or employment or even identity as Belgians. “They were hurt by the system, so thought of hurting it back.” Rahali said, adding that some jihadist recruiters from Antwerp were trying to lure the young with money and weapons. “Some stupid people do get convinced.”

Rahali said his biggest worry was about the impact on normal youth in Molenbeek. “European media has painted the whole town black. Do you think Muslim youths would get jobs for the next 10 years after this?”

The heavy police presence and raids have had an impact on ordinary people’s attitude. Nerves are on edge, as one can see during a walk through the run-down parts of Molenbeek, called the Lower area. People object to being photographed and refuse to be interviewed.

In the Mustaqbal Mosque, as devotees congregate for evening prayers, they are not very receptive to being photographed. In fact, many young followers made the IANS correspondent delete pictures that were taken earlier inside without objection. They also declined to allow a meeting with the mosque head, who was leading the prayers.

The edginess is understandable. For weeks, few would have seen a relaxed minute as federal and local police carried out raid after raid. Even a month later, life in some areas is yet to return to normal.

Saad Benaissa, of Moroccan origin, has been in Molenbeek for the last 15 years and runs a small eatery near an area called Place de la Duchesse which was earlier vibrant and full of life. His place has suffered immensely. “Earlier business was very good. Now, it has gone down steeply. I don’t know what to do. I can’t go anywhere else,” he said.

That’s true for most residents in Molenbeek who have to lower their heads and let the storm pass. Paris was a wake-up call for the authorities, who are trying to purge the jihadist elements from the area which has unfortunately become a synonym for terrorism in Europe.