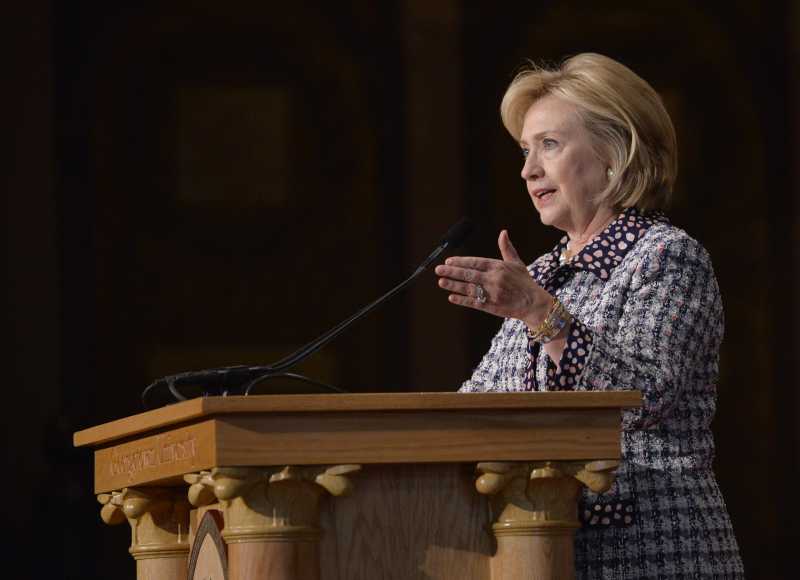 In the race for Democratic nomination too, self-proclaimed socialist Bernie Sanders has jumped out to a nine-point lead over Clinton in New Hampshire, and he’s gained ground on her among Iowa voters, according to a pair of brand-new NBC News/Marist polls.

Amid speculation that Joe Biden might enter the 2016 presidential race, the polls found that the vice president is more popular than Clinton – among both Democrats and the general electorate

He also matches up better in general-election contests than Clinton does.

In New Hampshire, Biden leads Clinton 76 percent to 69 percent among Democrats and 46 percent to 36 percent in the general electorate.

And in hypothetical general-election contests, the NBC/Marist polls found that Bush and Trump both beat Clinton in Iowa.

While Bush beats Clinton 50 percent to 39 percent, Trump gets the better of her 48 percent, Clinton 43 percent.

But Biden performs better. Bush beats Biden by 46 percent to 44 percent, but Biden gets the better of Trump 49 percent to 45 percent.

In New Hampshire, Sanders leads Clinton by 41 percent to 32 percent of Democratic voters with Biden getting the support of 16 percent.

Without Biden in the race, Sanders’ lead over Clinton in the current survey increases to 11 points, 49 percent to 38 percent.

In Iowa, Clinton maintains her previous advantage over Sanders – but her lead has declined from 24 points in July (49 percent to 25 percent) to 11 points (38 percent to 27 percent); Biden sits at 20 percent.

Backed by 28 percent in New Hampshire, Trump holds a 16-point lead over Ohio governor John Kasich at 12 percent. Carson gets 11 percent and Bush is at 8 percent.

“Eleven or 12 million people? Really,” Clinton asked at a rally. “I’m going to be pressing very hard to get specifics, because there are no specifics,” she said.