Supermarket chain Morrisons share price fell around 3%, is to close 11 stores and  900 jobs will be lost as part of plans to transform the company’s fortunes. 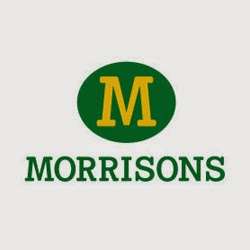 Morrisons has reported a 47% drop in half yearly profits before tax of £126m.

New chief executive, David Potts, who started in March, said they regretted the proposed closure of their eleven stores.

Potts told BBC news “This is a difficult decision but one which we cannot see any way through to make those stores viable.”

The closures are mainly smaller-sized supermarkets but Mr Potts would not disclose their locations because managers are in the process of informing staff, adds BBC news.

On Wednesday the firm announced it was selling 140 loss-making “M” local convenience stores for about £25m.

The shops will be rebranded as “My Local”. The 2,300 staff will be kept on, with an extra 200 jobs to be created by reopening 10 shops that are currently closed.

This forms part of the company’s £1bn cost saving programme, as it now tries to concentrate on its core supermarket business, BBC news adds.

Phil Dorrell, partner at consultants Retail Remedy welcomed the sale of their convenience stores. He told BBC news, “Now that the leaky bucket that was “M” Local stores has been sold to a team led by retail entrepreneur Mike Greene, we should expect that Morrisons’s profit future will look healthier.”

“Customers and colleagues are beginning to notice improvements, but the turnaround will take time,” the Bradford based group said in its statement.

Like-for-like sales for the period up to August dropped 2.7% compared with the same period last year.

Total turnover during the period was £8.1bn, falling 5.1% year-on-year.

Morrisons continues to fight a fierce price war with its big rivals, Tesco, Asda and Sainsbury, who are all being squeezed by discounters Aldi and Lidl.