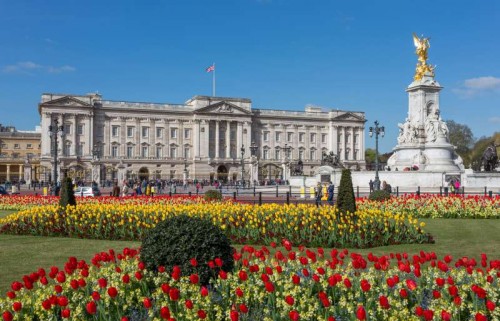 A mother foiled a plan by two teenagers’ plot to make bombs and blow up Buckingham Palace.

The 16-year-olds from the North East, who cannot be identified because they are juveniles, have been locked up for a year after they admitted taking delivery of chemicals they bought online.

Specialists subsequently confirmed that the material discovered could have been used to manufacture viable explosive devices, similar to hand grenades reports Sky News.

The pair were sentenced at Newcastle Crown Court having previously admitted conspiracy to make an explosive substance for unlawful purposes, and both were sentenced to a 12-month detention and training order.

One of the boy’s mothers called police after she found the substances that had been delivered to her home.

Photos of fuses, pipes and some of the chemicals they ordered were released by the CPS following the case.

John Dilworth, Deputy Chief Crown Prosecutor for CPS North East, said afterwards: “It is alarming to note that, at the point when their scheme was discovered, these two young men had already secured all of the materials required to construct a viable explosive device.

“Thankfully, the potentially tragic consequences of their plans were never realised.

“We are grateful to the actions of the defendants’ relatives, whose suspicions alerted police to the serious risk posed, not only to the public at large but also to the young defendants themselves.”

One boy was described as a loner by his parents, and schoolmates knew he used drugs, while the other boy was said to be prone to erratic behaviour and suicidal thoughts.

The court heard how the loner showed other pupils photographs of drugs, money and weapons, would tell sick jokes about 9/11 and latterly claimed he was making a bomb.