Nayantara Sahgal, India’s first prime minister Jawaharlal Nehru’s niece, who is known for not holding back any punches, says India is facing the gravest danger to democracy under the current BJP dispensation.

“Our country is facing the destruction of the very idea of India as a great, multi-religious, multi-cultural civilization. We are facing the gravest danger we have faced since independence. Our freedom is not merely under threat, it is being ‘openly attacked’,” said Sahgal, whose latest work, “Nehru’s India: Essays On The Maker Of A Nation”, has just been released.

Sahgal also lamented the “systematic” move to “wipe Nehru out of history”, attributing this to the “psychopathic fear” of Hindutva forces.

“Hindutva has been waiting in the wings since 1920 and can now, under its own government, promote its ideology. What you call Nehruvian ideology is in fact the fundamental beliefs on which modern India is based; it has led us to the modern nation we have become and to all the achievements which make us proud today,” she maintained.

Sahgal, outspoken and erudite author, held that India under Prime Minister Narendra Modi’s rule has moved backwards from reason and science to superstition and ignorance. “What else can one call the absurd and dangerous nonsense we now hear? Ganesh’s elephant nose was grafted by Vedic surgery; Hindu women must breed more Hindus and must have 10 children; the whole world will be Hindu in a few years.” 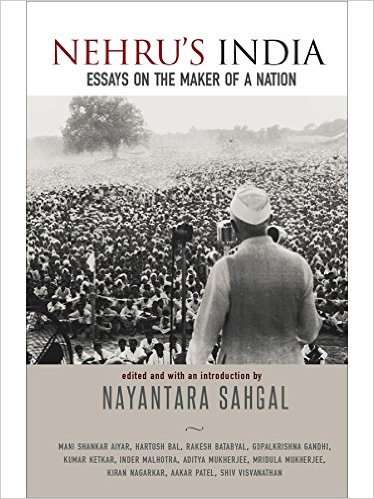 The Sahitya Akademi Award winner says India’s modern outlook that has been cultivated since independence is under attack by the dismissal of qualified historians, scientists, and filmmakers from premier institutions. “Obedient servants of the RSS have been put in crucial posts. Writers and artists are under attack. The media is heavily controlled. Nearly 75 percent of it is owned by one corporate house,” she rued.

Holding both the BJP and the opposition Congress responsible for the washout of the recently concluded monsoon session of parliament, Sahgal said it is time that rules were made that business can proceed in both houses. “The BJP made a washout of parliament sessions during the previous regime. The Congress has done it this time. Obviously parliament must make rules that will keep it in session so that business can proceed,” she said.

Sahgal was equally harsh on the Congress. 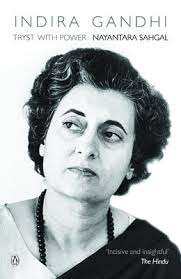 Taking a swipe at the emergency clamped during prime minister Indira Gandhi’s rule, she said: “The Indian people justified Nehru’s faith in them when they defeated Indira at the next election. It is up to the Indian people to do likewise with Narendra Modi (at the next general election).”

In a similar vein, Sahgal attributed to Indira Gandhi, then the Congress president, the dismissal of Kerala’s first democratically elected communist government in 1959.

“The decision was Indira Gandhi’s, as Congress president. I do not justify it,” Sahgal said.